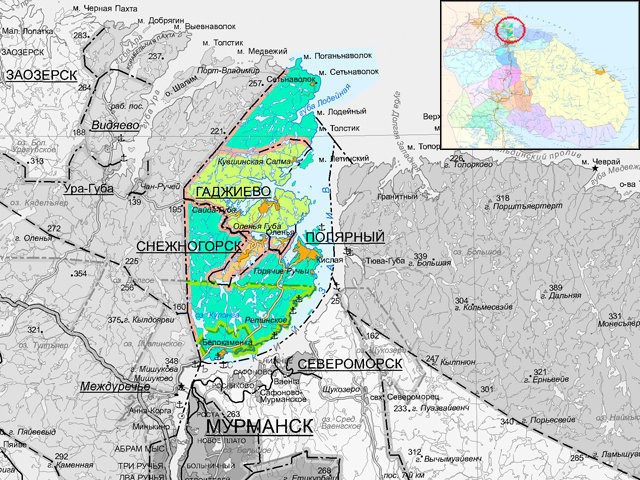 As part of preparation for future oil and gas activities, two settlements outside Murmansk will loose their status as closed territories.
By

The settlements Belokamenka and Retinskoye are currently part of the closed military town Aleksandrovsk, which makes them impossible to visit for everybody that doesn’t have an entry permit.

According to a presidential decree of April 30, the two settlements will be divided from Aleksandrovsk, which consists of several Northern Fleet naval bases including Polyarny, Gadzhiyevo and Snezhnogorsk, and thereby be taken out of the special regime zone. This will happen in October, Sever Post reports.

The reason for this administrative move is that the Russian gas company Novatek plans to build a center for construction of parts for floating plants for liquefied natural gas.

In 2015 the town of Roslyakovo was administratively moved from the closed town of Severomorsk til Murmansk, in order to make it possible for Rosneft to open a land-based reloading plant there.