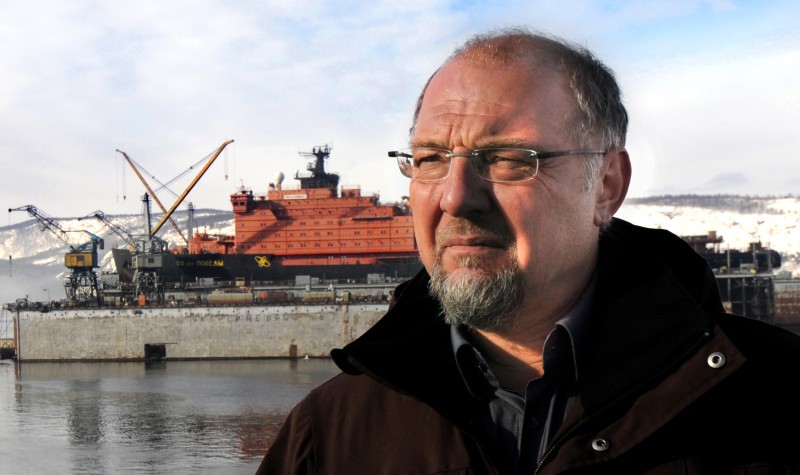 Minister Per Sandberg will be the first Norwegian Minister to visit Russia in more than two years when he goes to the North Atlantic Fisheries Ministers’ Conference in St. Petersburg on June 8th.

Norway called off all political talks with Moscow after Russia’s annexation of Crimea in March 2014.

“It is a wise decision by the Norwegian Government to send Per Sandberg to Russia,” says Rune Rafaelsen to the Barents Observer.

Being the Mayor in the only municipality with direct border to the Kola Peninsula, Rafaelsen is an active promoter of dialog between Norway and Russia in the north.

“It is important to keep good dialogue with Russia as a key partner in our joint management of fisheries in the Barents Sea,” Rafaelsen argues.

He believes it is time to resume talks on possible export of Norwegian seafood.

In August 2014, Kremlin banned import of seafood from EU, Canada, Australia, Norway and the European Union. The ban was introduced as a countermeasure to the sanctions the same countries put on Russia after the annexation of Crimea earlier the same year.

Before then ban, Russia was one of the most important export markets for Norwegian seafood. In 2013, Norway exported 295,000 tons of seafood to Russia worth NOK 6,5 billion (€700 million).

Director of the Fridtjof Nansen Institute in Oslo, Geir Hønneland, says to the Barents Observer that normalization of the political relations between the two countries will follow soon or later, and the Fishery Minister’s visit to St. Petersburg next month might be a first step.

Hønneland is expert on Norwegian foreign policy in the north and the Barents Sea fisheries cooperation with Russia.

“I interpret it as an important political signal to send a minister to Russia for the first time in two years, although the purpose of the visit so far seems to be of a more scientific nature,” Geir Hønneland says.

He explains how Norway and Russia for forty years now managed the most important fish stocks in the Barents Sea together.

“It is a tight and well-functioning cooperation, which bureaucratic level has continued business as usual even after the annexation of Crimea.”

Hønneland, however, underlines that “although the speed of the normalization process is still uncertain.”

“In any event, the fisheries sector is a good place to start.”

Good cooperation even during the Cold War

In the Barents Sea, Norway and Russia have for decades managed to regulate the fisheries in a sustainable way, maintaining robust stocks of cod and other spices. This cooperation between the two nations is the reason why the Barents Sea today is said to be the best regulated fishing areas in the world, with quotas that follows the recommendations set by marine researchers.

Even during the Cold War, Norwegian and Russian scientists met annually and agreed on quotas and joint marine research in northern waters.