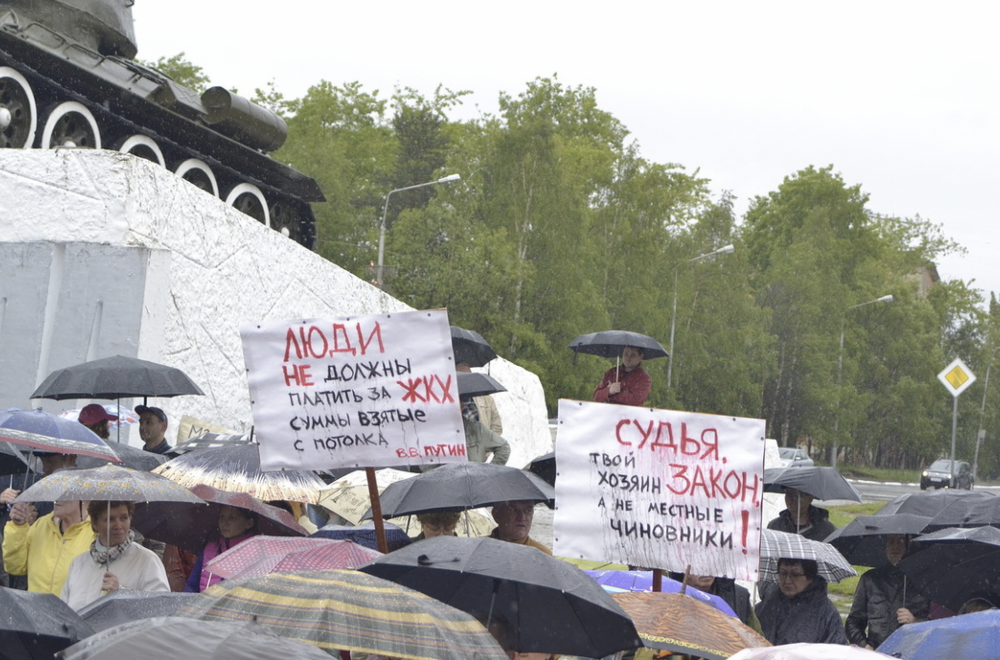 Popular discontent is on the rise as the local heating supply company boosts electricity costs.
By

A big number of apartments in Kandalaksha are not connected with the centralized heating grid. Still, they are charged by local heating supply company Murmanenergosbyt.

That is not well perceived by locals, who on 13th June went to the streets to show their protest. About 250 people gathered on the central square in what became one of the biggest public rallies in the region this year, Bloger51 reports.

For the last 1,5 year, the Murmanenergosbyt has regularly sent bills to the locals who subsequently have refused to pay. Now, the accumulated debts amount to more 120.000 rubles per apartment.

“We will send the bills to [governor] Kovtun”, one of the protesters said.

Reportedly, the regional government requested local TV-stations not to report about the rally. A local chief editor told SeverPost that «the regional authorities issued a ban on reporting from the event because they fear reactions from Moscow on such mass protests in the north».

In the Kola Peninsula, the lion’s share of houses are heated by centralized systems fueled by black oil (mazut). However, in Kandalasha more than 500 apartments were transformed to electric heating following repeated crashes in supplies in the mid 2000s. The same transformation were made by numerous apartments in Monchegorsk, Nikel and Severomorsk, Bloger51 reports.