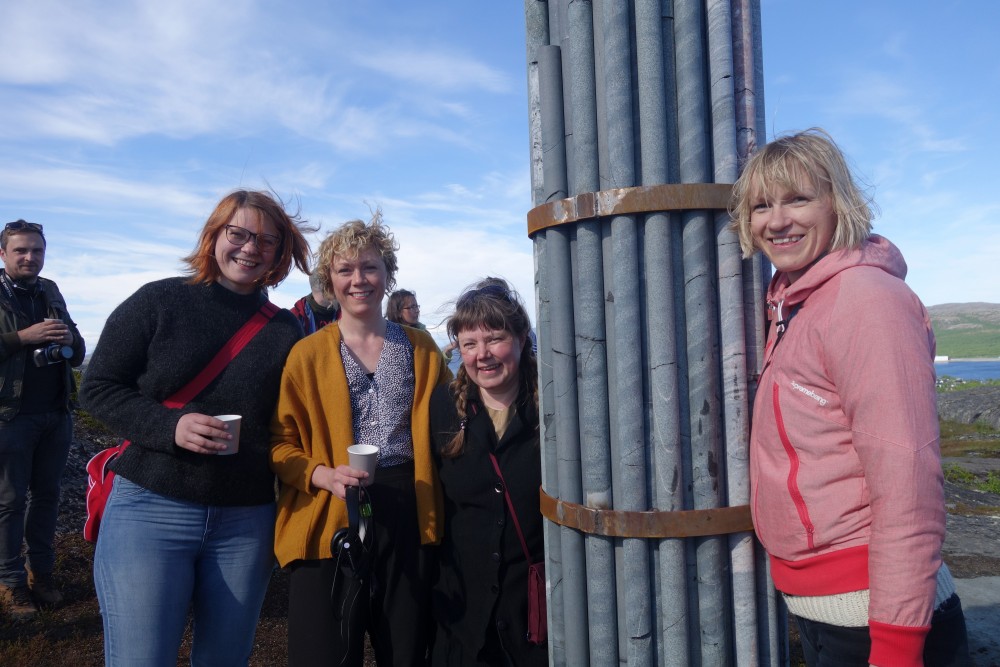 Four of the people behind the Dark Ecology project. Photo: Atle Staalesen

Traveling artists in the borderland

The Dark Ecology project has over the last three years explored people and nature along the Norwegian-Russian border.
By

«People are really interested in this area», says Hilde Methi, one of the curators behind the project. Since 2014, she has recruited a big number of artists, researchers, designers and writers to project activities in the borderlands between Norway and Russia.

«We have got a lot of attention in the arts and culture establishment», Methi says.

This year, about 50 people attended the project tour across the two countries’ border. The program started in the Norwegian Pasvik valley and proceeded to Zapolyarny and Nikel on the Russian side before it returned to Norwegian border town of Kirkenes. The program ended in Tromsø this week.

The project, which was initiated in 2014 by Methi together with the Dutch organization Sonic Acts, has included cooperation with a string of partners from Norway, Russia and other countries.

It is all about exploring local people and nature in a wrapping of research, creative arts and events. This year, a part of the program was held at the Kola Superdeep Borehole, the abandoned Soviet research station near the town of Nikel. More than 100 locals attend the event along with the project participants, Methi says.

In Kirkenes, this year’s program included the work «Prospecting: A Geological Survey of Greys» by artists Cecilia Jonsson and Peter Meanwell. The work displays drilled rock core samples from a 170 meter deep drill hole at Prestefjellet outside Kirkenes.

The project name “Dark Ecology” origins from British-American Timothy Morton, Professor at Rice University in Houston and a well-known thinker in the field of eco-criticism. Morton himself took part in this year’s project activities.

The three-year Dark Ecology project is over, but Hilde Methi still hopes some of the 20 project works which have been produced will live on.