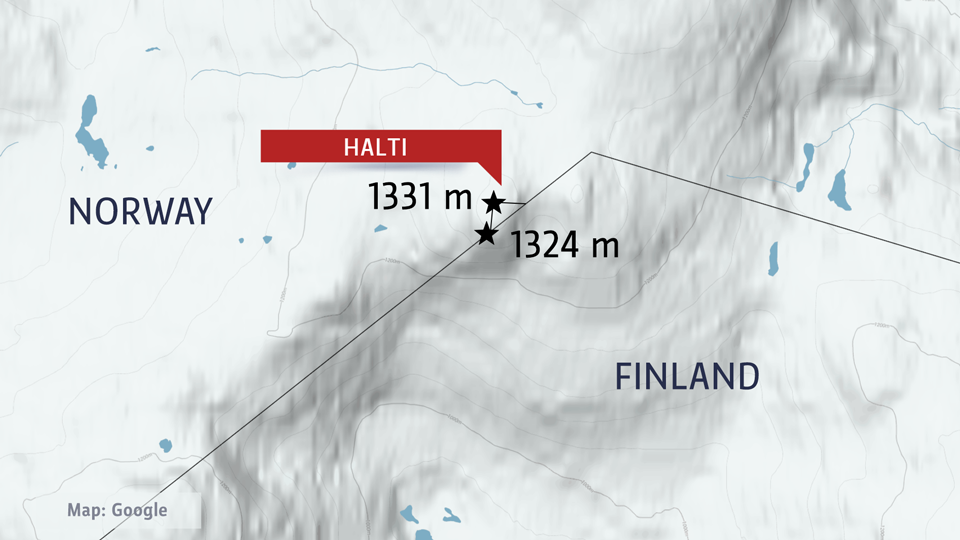 The Halti mountain peak on the Norwegian-Finnish border. Map graphics by YLE

Erna Solberg is to consider a proposal to give Finland the peak of Halti mountain in Lapland as a present to make a hundred years of Finnish independence.
By

The idea originated with a retired geographer and was then presented to the government by Kåfjord municipality where the peak is located.

Finland’s highest point could soon be a little bit higher if a proposal for Norway to give a mountain peak to its neighbour is approved by the Prime Minister, Erna Solberg.

The Norwegian broadcaster NRK reports on Wednesday that the proposal from Kåfjord municipality is under consideration by the government. It would move the border slightly to ensure the peak of Halti fell is in Finland, making that the highest point in the country.

“The peak would be a wonderful gift to our sister nation,” said Svein Leiros of Kåfjord municipality in the spring.

Norwegian Prime Minister Erna Solberg confirmed to Norway’s TV2 station that the government has received an official request to offer the peak of Halti to Finland.

“There are some formal challenges and I haven’t yet decided my own view on the matter,” said Solberg. “But we are considering it.”