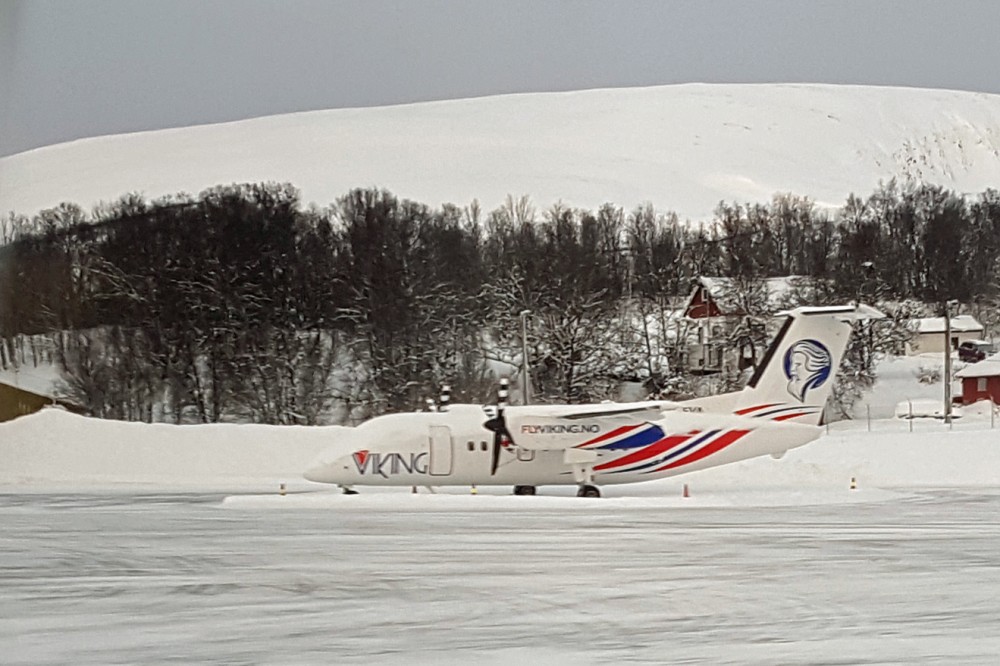 First commercial take-off from Tromsø is set for March 27, then with flights to Bodø and Hammerfest. From April 18, flights start up from Tromsø to Svolvær in Lofoten, FlyViking says on its portal.

This weekend, the airliner’s founder, Ola Giæver, posted a list on his Facebook profile presenting alternative routes FlyViking considers to start. The list includes flights from Tromsø, Oslo, Bodø, and Torp to a long list of destinations in Norway and neighbouring countries.

The most spectacular route starts at Torp airport outside Sandefjord in southern Norway and flies via Trondheim, Bodø and Tromsø to Murmansk in Russia. On return the plane flies back to Torp with the same stopovers.

Today, there are no flights connecting northern Russia with airports in northern Norway.

Ola Giæver has already visited Murmansk and had meetings with city authorities and airport officials.

No timeframe is announced for possible start-up of flights to Russia. FlyViking is now in process of increasing its fleet of Dash-8 turboprop aircraft for the steadily growing route network.

FlyViking has said it in the future may consider the possibility of expanding its fleet of planes with regional jets. Russian made Superjet-100 is one aircraft to be considered.

Two years with half of seats empty, now bigger plane takes over