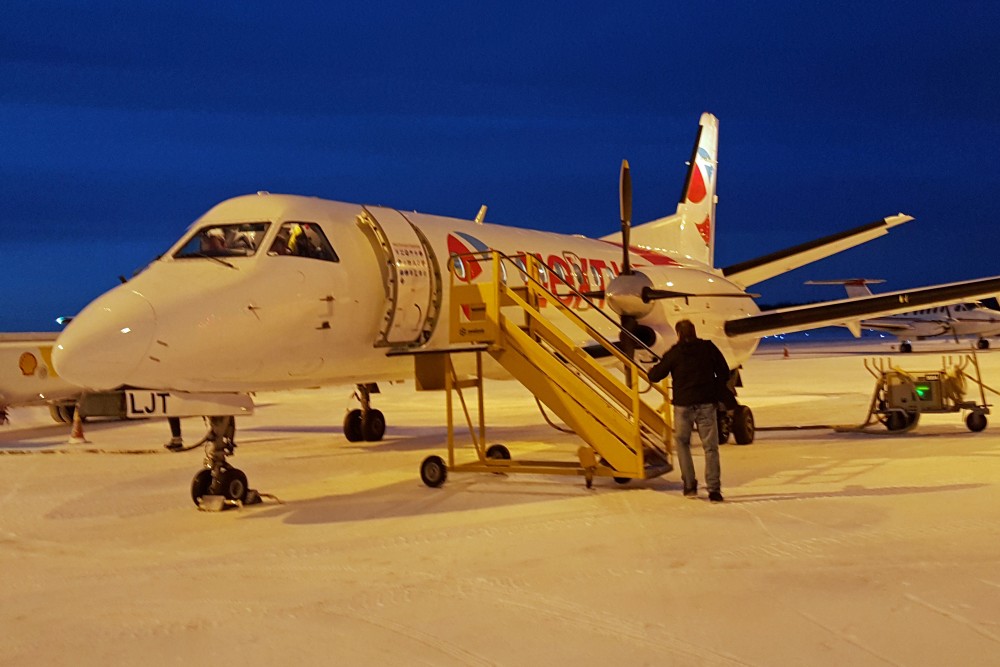 Two years with half of seats empty, now bigger plane takes over

Jet plane will fly the only east-west cross-border route in northern Scandinavia.
Read in Russian | Читать по-русски
By

From March 13th, passengers flying between northern Finland, Sweden and Norway can board a larger aircraft than the tiny propeller that has operated the route since start-up in January 2015.

Nextjet’s new CRJ 200 have 50 seats and a more comfortable cabin.

Shortening travel-time between Tromsø, Luleå and Oulu was believed to fill up the planes with passengers that otherwise would have to fly south via the capital airports of Oslo, Stockholm or Helsinki to get to their northern destinations.

“For the first year, 2015, we had around 5,500 passengers on the route. The number was approximately the same in 2016,” says Robert Forsberg with Arctic Airlink to the Barents Observer. Arctic Airlink is the branding of the flights and is a cooperation between Nextjet and Arctic Link AB.

That means two out of three seats in average have been empty when the propeller has crossed the skies of northern Scandinavia five times a week over the last two years.

The route is partly financed with public cash from Troms County and cooperation partners in Norrbotten and Oulu.

Robert Forsberg says there are less passengers flying between Luleå and Oulu than on the other legs of the route.

With the new aircraft in March, the Tromsø-Oulu-Luleå route will be linked to a new flight to Gothenburg via Sundsvall. Forsberg hopes this connection, with the same jet aircraft, will improve the conditions making the flights commercially profitable.