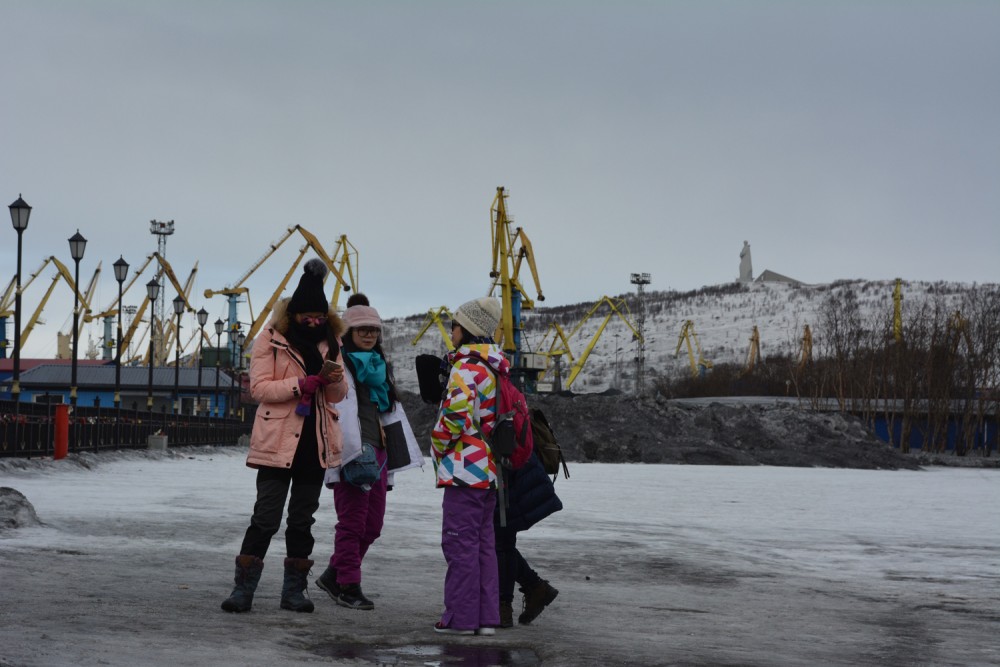 They are now the biggest group of foreign travellers in the Russian Arctic region, almost twice as many as the ones from neighbouring Nordic states.
Read in Russian | Читать по-русски
By

It has become a regular sight in downtown Murmansk; groups of Chinese on their way to local attractions. And they are increasingly a key source of revenue for hotels and tour companies.

In only a couple of years, China has become the key target country for the Murmansk tourism industry. While Chinese tourists in the region counted less than 200 in 2013, the numbers in 2016 increased to more than 6,000, regional authorities say.

In a recent Russian-Chinese tourism forum, Murmansk was promoted as one of the most desired destinations in Russia for Chinese travellers. The key attraction is the northern lights, the Murmansk government says in a press release.

Most of the Chinese tourists come in wintertime and they visit destinations like the Sàmi Village in Lovozero, the Snow Village in Kirovsk and Teriberka, the fishing village north of Murmansk city. In addition, the tourists come to see the «Lenin», the nuclear icebreaker museum.

Meanwhile, the number of Nordic tourists in Murmansk in 2016 totalled about 3,800, regional authorities say.

With its rapid growth in Chinese travelers, Murmansk might ulitmately catch up with the neighboring Nordic countries. Althought there is still a long way to go before it reaches the numbers registered In Lapland, the northernmost Finnish region. In Rovaniemi, the main Lapland city, there were registered a total of 17,000 overnight stays of Chinese travellers in 2015. And a doubling of the numbers was registered in 2016.

A record year for tourism in Lapland