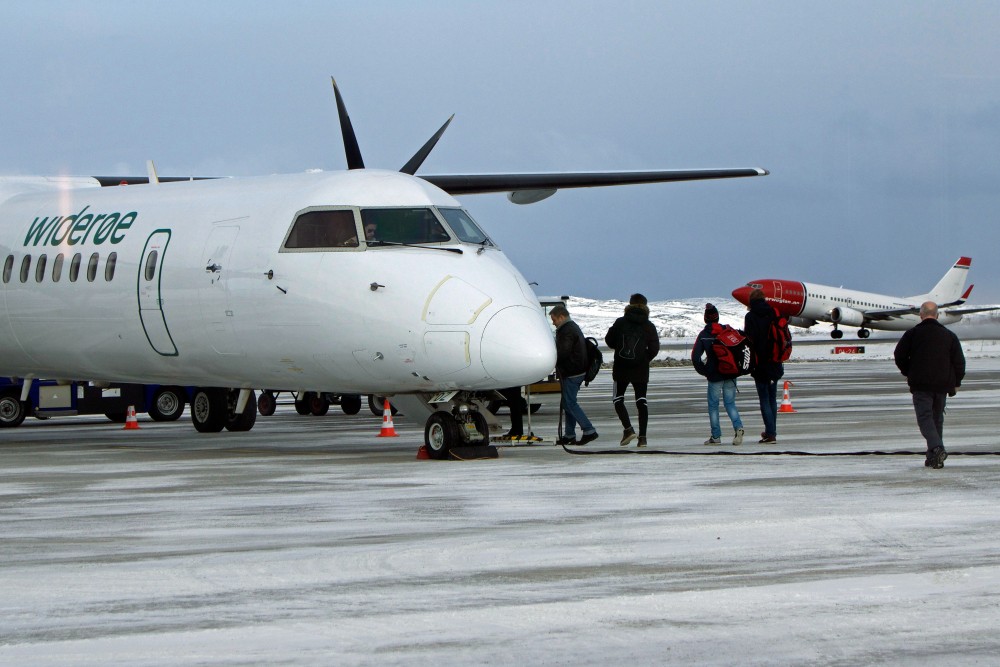 Norwegian Government gives priority to extension of the runway at Kirkenes airport.
Read in Russian | Читать по-русски
By

Today’s runway is too short for the largest Boeing 737-800 planes. The planes can land, but can’t take off with passengers in all 180 seats and the tanks full of fuel. The same goes for the Airbus A320 aircrafts.

Without having the possibility to fill all seats, flights to Kirkenes are less profitable for the airlines.

SAS and Norwegian are the two airliners operating direct flights between Oslo and Kirkenes. Norwegian has a fleet of Boeing 737-800 and SAS has just started to take deliveries of the 174-seats Airbus A320neo aircrafts.

Presenting the National Transport Plan on Wednesday, the Government says the extended runway at Kirkenes airport will be ready by 2019/2020.

The National Transport Plan (NTP) outlines how the Government intends to prioritise resources within the transport sector. It is a twelve-year plan that is revised every four years.

Kirkenes has over the last few years seen a boost in winter tourism, and with a longer runway, tour operators hope for direct flights from other destinations in continental Europe or Great Britain with larger aircrafts.

As previously reported by the Barents Observer, airports other places in the Barents Region have a sharp increase in direct flights from several destinations in Europe. That includes airports in Finnish Lapland, like Ivalo, Kittilä and Rovaniemi, as well as to Tromsø in northern Norway.

Today’s runway is 2115 meters, but the challenge is that the entire runway can’t be used due to higher terrain just after the end of the runway.