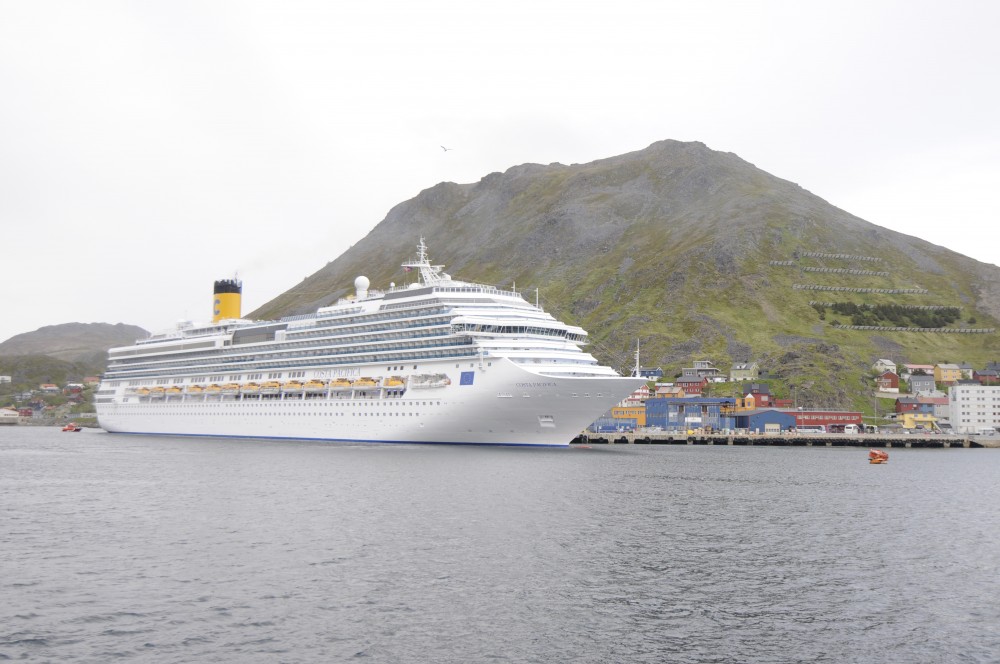 «Costa Pacifica» makes port call to Honningsvåg on Norway’s Barents Sea coast. The vessel takes up to 3,780 passengers and has a crew of 1,100. Photo: Thomas Nilsen

Cruise ships will make 360 port calls to Northern Norway and Svalbard this season bringing in some 100,000 passengers.
Read in Russian | Читать по-русски
By

«Unlike in the rest of Europe, passengers coming north are up for adventure. Nature based adventure,» says Erik Joachimsen, Managing director of Cruise Northern Norway & Svalbard.

«They don’t come here to sit in busses.»

The first cruise ships are already sailing the coast of the Midnight sun, opening a season with 360 port calls to destinations in Northern Norway. That is down from 444 port calls five years ago. The number of passengers, though, grows.

«The size of the ships are bigger than before. While an average cruise ship carried 820 passengers in 2010, that number is now 1,160,» Erik Joachimsen explains. If every passenger is counted for each disembarkation, the number is around 400,000 since a typical ship makes several port calls when sailing north.

Most passengers sailing to the high north are Europeans. American passengers chose voyages sailing the fjords further south on Norway’s west coast, while Asian tourists are not yet queuing up for the traditional cruise voyages. Hurtigruten, however, sees an sharp increase of passengers from China. Hurtigruten is the Norwegian coastal steamer with a fleet of vessels that daily sails from Bergen to Kirkenes.

«We don’t compete with the European cruise market,» explains Joachimsen. «Our competitors are destinations in Alaska and Canada.»

For Longyearbyen, the Norwegian settlement on Svalbard, 2017 will bring in 46,000 passengers on board ships that will make 37 port calls. That number does not include expedition vessels sailing exclusively around the archipelago.

Last year, Longyearbyen had 36 port calls with a total of 41,000 passengers.