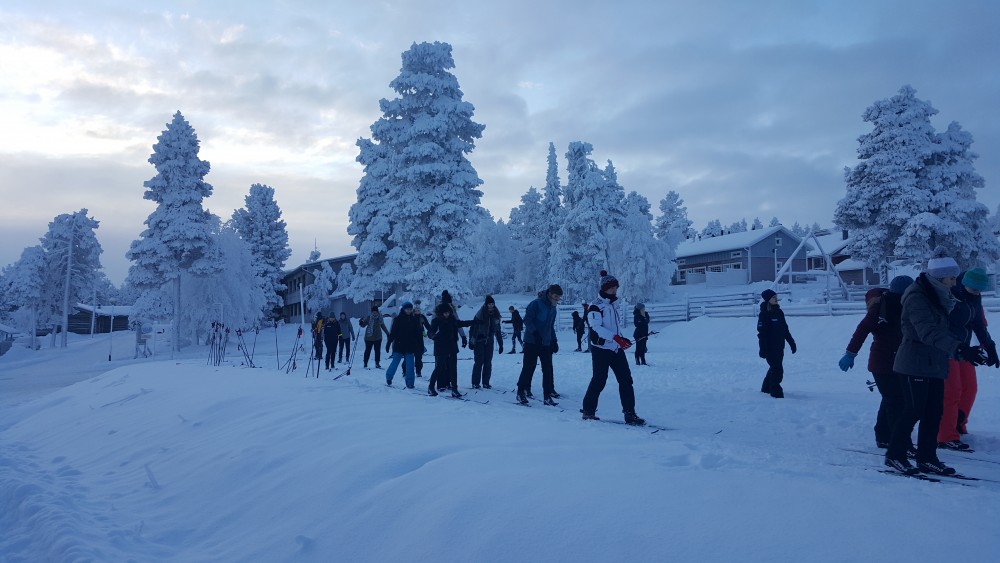 Snow is more popular than ever. About 600 charter flights are landing at Finland’s three northernmost airports in the months ahead.
Read in Russian | Читать по-русски
By

New hotels, glass igloos, log-huts, snow constructions and ice cottages. Lapland seems prepared to welcome tens of thousands of tourists starting now in late November. Santa Claus is still an attraction, but newcomer of the year is the Snow Man.

Located just on the Arctic Circle the Snowman World Glass Resort opens on December 1st with a row of glass apartments, each ensuite sauna and an outdoor hot spa on the terrace. Nearby, the resort offers everything you possible thought doing in snow, including ice slopes and ice-skating.

For now, 580 charger flights have announced landings at the four northernmost airports in Finland, Finavia reports. That is 50 more than last season. The flights include 190 to Rovaniemi for the Christmas period, 108 to Ivalo, 64 to Enontekiö and more than 200 to Kittilä airport near the two ski-resorts Levi and Ylläs.

Already before the peak-season started, Finavia, Finland’s aviation agency, reported a growth in passengers to Lapland more than double the country’s average.

For the first nine months of 2017 Ivalo airport had an increase of 21,2%, Rovaniemi 20,1% and Kittilä with 30,9%. The average for all airports in Finland, including Helsinki, was 8,4%, Finavia’s passenger statistic reads.

The largest number of charter fights are from United Kingdom. Additionally, regular winter routes by airliners such as Finnair, Norwegian and Lufthansa bring in thousands of tourists to Lapland.

Last year, Sanna Kärkkäinen, CEO of Visit Rovaniemi told the Barents Observer that the biggest challenge for tourism was the lack of beds. All 3,200 available beds were fully booked in the city. This year, Rovaniemi has got almost 1,200 more beds than last year, Visit Rovaniemi informs.

More than €30 million is invested in new hotels and winter resorts. Snow is more popular than ever before.

Additional to hotels and resorts, Rovaniemi today is second after Helsinki on Airbnb’s overview of rents in Finland.

New investments are in pipe, worth millions of euros according to Visit Rovaniemi. Like the Nova Skyline Hotel, the first in Lapland to be built with cash from Chinese investors. First part opens now in November, while several additional phases are planned.

The estimated rise in number of tourists this winter is 15 to 20 percent.