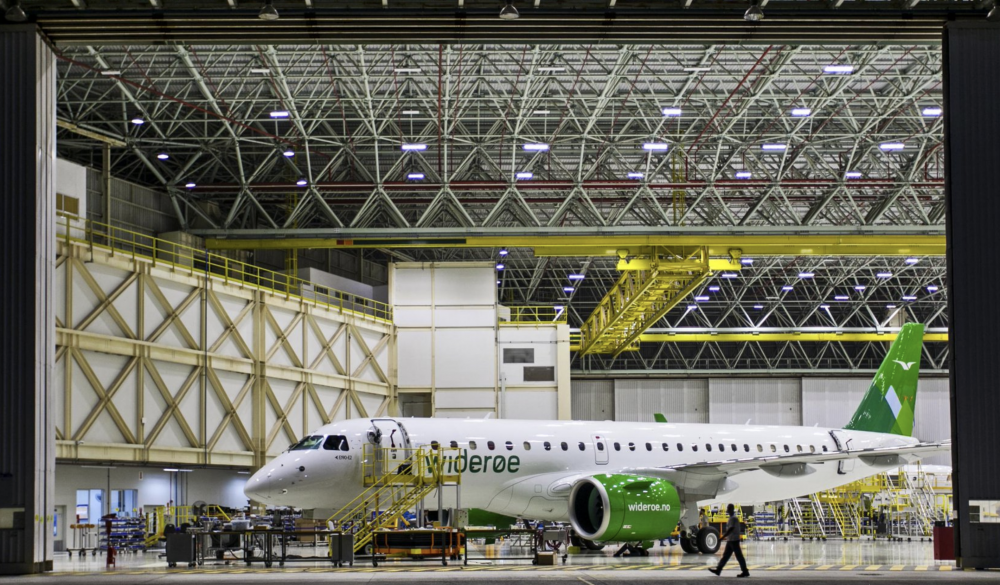 The first jet-engine aircraft to fly for Widerøe is soon ready for take-off. Photo: Embraer

Flying to 41 regional airports in Norway, Widerøe har for before Second World War connected the remotest corners of Norway. In April, the airline gets its first jet.
Read in Russian | Читать по-русски
By

With Embraer, Widerøe will for the first time operate jet aircraft. Today, Widerøe has a fleet of 41 Dash-8 aircrafts.

According to Wikipedia, model E190-E2 has a range of 5,200 kilometers and will need a runway of 1,650 meters. That is longer than most regional airports in northern Norway, but gives Widerøe a possibility to start direct flights from airports like Kirkenes, Alta, Lakselv, Tromsø and Evenes to most destinations in continental Europe.