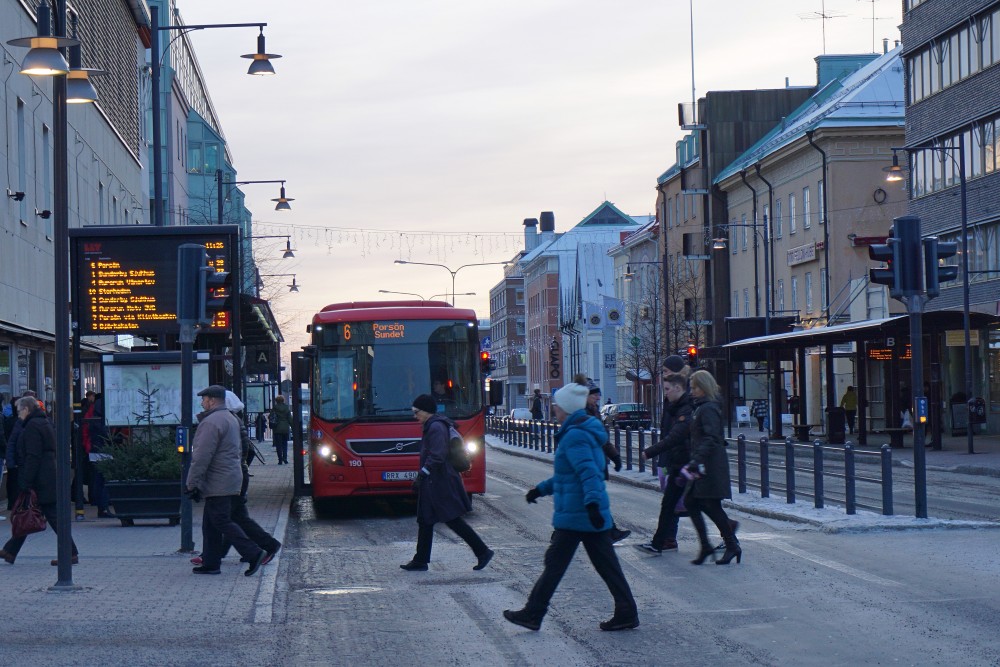 Luleå is the regional capital of Norrbotten. Photo: Thomas Nilsen

Cold climate is no obstacle for green battery commuting in the largest city in Sweden’s northernmost county.
Read in Russian | Читать по-русски
By

Cold climate is no obstacle for green battery commuting in the largest city in Sweden’s northernmost county.

No smell of diesel, no noise, no shaking from the engines. Passengers commuting to Luleå city centre from the suburbs of Kronan or Porön on board one of the five brand new electric busses will have a comfortable ride, the municipality reports.

Chargers for the busses are placed in both ends of the route. Charging takes some 5-7 minutes and gives the bus a range of about 50 kilometers. The electricity for charging the batteries comes from 100% renewable hydropower and wind-power produced in northern Sweden. Each bus has seating for 47 passengers who can enjoy WiFi and chargers for mobile devices in each seat.

The electric city busses project is a cooperation between the municipality of Luleå, the local energy company and the city’s bus company LLT.