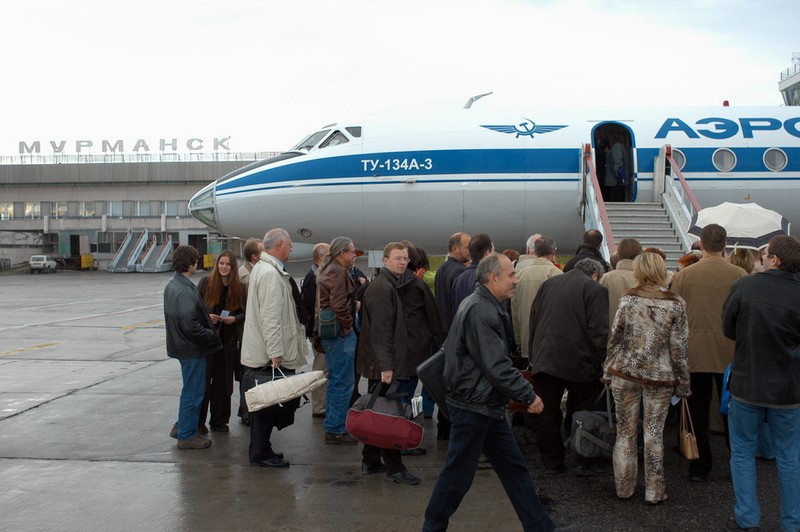 Putin renames airports throughout Russia; this one is named after Tsar Nikolai II

Your next take-off from Murmansk might very well take you to Pushkin Airport, Russia’s busiest hub.
Read in Russian | Читать по-русски
By

President Vladimir Putin on Friday signed the decree (pdf) renaming dozens of airports from Vladivostok in the east to Murmansk in the west.

The new names honour famous Russians, like tsars, writers and space- and aviation pioneers. The names were voted over in online polls last autumn, after local citizens could suggest names.

Flying out from Murmansk, the name will no longer be Murmashi airport (named after the nearby village). The new name is Nikolai II Murmansk International Airport.

If you are flying Aeroflot to Moscow, you will no longer land at Sheremetyevo, but instead at Aleksandr Pushkin International Airport. While Sheremetyevo is renamed to honour the famous writer, known for books like Eugene Onegin, the two other Moscow airports are named after a scientist and a aircraft designer.

Syktyvkar airport is to be named after Bolshevik pilot Petr Istomin, who’s plane was shut down by the White Army during the civil war in 1919.

About 40 airports in Russia got new names.

You might wonder why Murmansk airport should be named after the last Tsar? Well, Murmansk was the last city founded in the Russian Empire and was actually named Romanov-na-Murmane when founded in 1916. The House of Romanov was the reigning royal house of Russia from 1613 to 1917 of which Tsar Nikolai II became the last Emperor.

The city was given its present name in 1917.