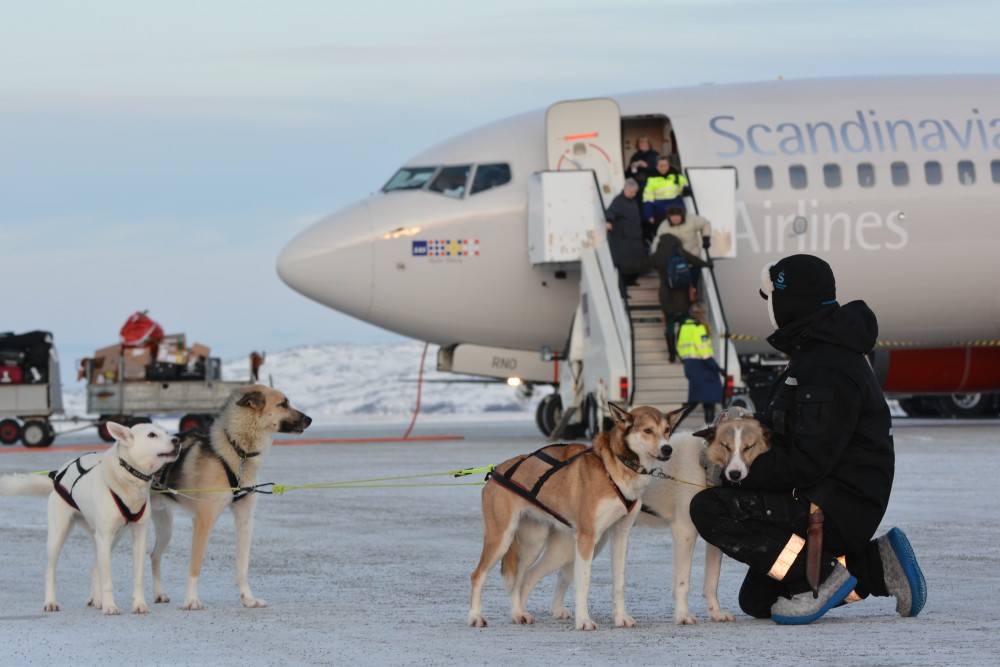 Lapland tourism players are divided over a proposal to mitigate carbon emissions by introducing a flight tax. On Thursday, a citizens’ initiative aimed at implementing a tax passed the 50,000-signature threshold required for lawmakers to consider it. It notes that a similar scheme already in place in neighbouring Sweden adds between six and 40 euros to most airfares.
Read in Russian | Читать по-русски

The levy proposed in the initiative would be borne by passengers, effectively making airline tickets more expensive. The tourism industry in Lapland relies heavily on overseas visitors making the trip to the far north, so there have been mixed feelings about the proposed tax.

One of the operators opposing the tax is Ari Vuorentausta, CEO of Lapland’s largest hotel chain, Lapland Hotels. Vuorentausta said that the measure would have an extremely damaging impact on tourism in the region. He said he was afraid that the tax would weaken the position of Lapland tourism in relation to its competitors.

“A flight tax would be very unfortunate given that we are [located] at the far end of Finland and flying is in practice the only option for getting here. The tourism industry doesn’t need any extra costs and they are certainly unsustainable in relation to competitor countries,” Vuorentausta noted.

The tourism industry in Lapland has seen rapid growth in recent years. Last year there were three million overnight stays, a record for the industry.

Vuorentausta also questioned whether or not a tax on air travel would be an effective option for mitigating climate change. He urged people to wait for airlines and plane manufacturers to come up with new solutions to reduce emissions.

“It’s good that airlines have woken up and are looking for solutions and airplane manufacturers are also looking for lower-emissions traffic,” he added.

Levi tourism entrepreneur Päivikki Palosaari said she supports the idea of a flight tax, adding that she does not believe that it would influence visitor traffic to Lapland or Levi. She pointed to Sweden, where a similar tax has not affected tourism.

Apart from Sweden, Britain, France and Germany have also implemented a levy on flying. However in Finland, passengers currently do not pay a surcharge on airline fuel — rather they pay a value added tax on domestic flights.

Palosaari said she was taken aback to hear that airlines do not pay taxes in the fuel used in planes.

Business in the North would suffer, says chamber of commerce

Lapland chamber of commerce head Timo Rautajoki said he does not support the proposed tax in the manner proposed in the citizens’ initiative. Rather, he said that a possible levy should be decided at the European level, adding that a flight tax would be detrimental to business in Lapland.

“For example it’s not sensible to go to the capital region other than by flying because rail transportation has not been developed and there’s a proposal to increase fuel prices,” Rautajoki noted.

Business leaders in Kemi have also been pondering the possible benefit of a flight tax. The city now has a year-round snow castle designed to attract visitors.

Susanna Koutonen, CEO of the Kemi tourist board, said she is doubtful about any benefits. She added that she is concerned that a possible tax would make internal connection flights in Finland even pricier.

“I am sympathetic to green values, but the travel industry and all other forms of transportation are already highly taxed. Why would we need another tax if airlines are already upgrading their fleets?” she queried.

On the other hand, she wondered how many Finns may have stopped travelling to Greece, where an accommodation tax is in place.