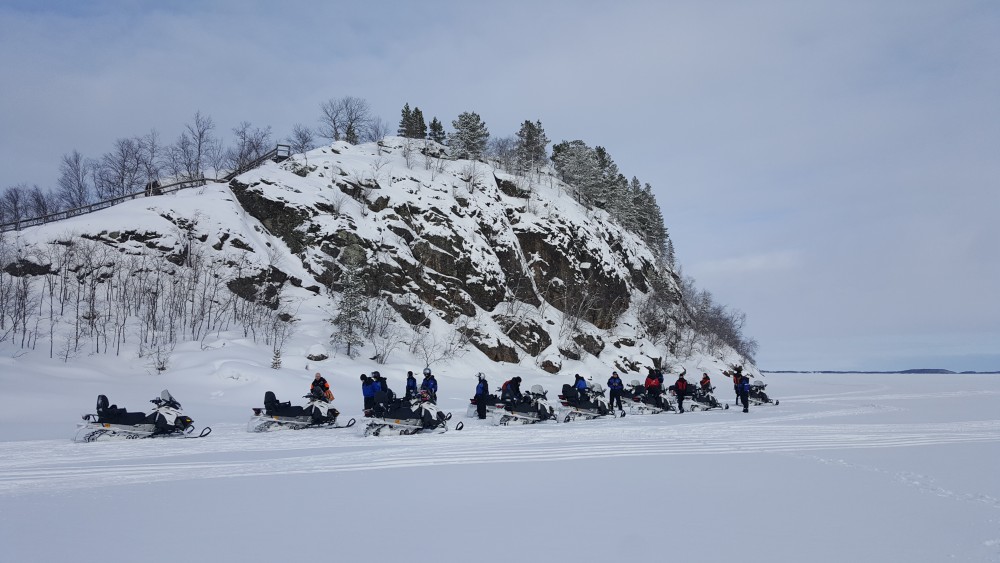 The island Ukonsaari, Äijih in Inari Sámi, is the most famous holy place for the Sámi in Finland.

Tours to the island have been a highlight both in summer by boat and during winter by snowmobiles. Now, however, Visit Inari - Safaris & Accomodation says they will stop bringing tourists to the steep cliff-formed island.

The announcement comes the same week as Australia imposes a climbing ban on Uluru, the sacred red-colored monolith better known as Ayers Rock. In Australia, the denial of tourists to climb follows a demand by the Anangu people, which see the Uluru as sacred.

For the Sámi around Lake Inari in northern Finland, the island of Äijih is considered to be an extremely important sacred natural formation and was used as a sacrificial site, perhaps as recently as in the 19th century.

Visit Inari is the main tour operator in the area and had organized cruises and snowmobile excursions to the island since 2003, YLE reports.

The growing number of visitors to the holy island has been a debated topic among locals in Inari for years.

“Based on the discussions on statements on the issue, we have decided to no longer make landings and walking on Ukonsaari during cruises or any other program,”  Visit Inari informs.

As previously reported by the Barents Observer, the municipality of Inari, local indigenous interests and tourist operators are working closely together to avoid tourism to create troubles for the locals.

Unlike at Ayers Rock in Austraila, the tour operator’s decision in Inari to halt visits to Ukonsaari comes without authorities making a formal ban.

Archeologist Eeva-Kristiina Harlin and forest ecologist Inka Musta, though, argue that landings on Ukonsaari should be prohibited.

In an opinion published by Helsingin Sanomat, the two write that using Ukonsaari for tourism in a way that doesn’t respect its significance to the Sámi is sad and shows ignorance or disregard for the Sámi culture.

“When exploring the destination, tourists often move outside the routes, eat their lunch, consume alcohol, urinate and litter. The sacredness of the place is not recognizes or it is ignored,” Harlin and Musta argue.

Their view get support from locals. “I am in favour of a ban on landings,” writes Outi Länsman in a tweet. She is a known lecturer of North Sámi language.

The island is about 30 meters high, 50 meters wide and 100 meters long. It is located about 11 kilometres northeast f the village of Inari.

The sacred site on the island, named Ukonkivi, has been nominated as a UNESCO World Heritage site.

In October, CNN Travel listed Lake Inari on top of Europe’s 20 most beautiful places to inspire your travels.