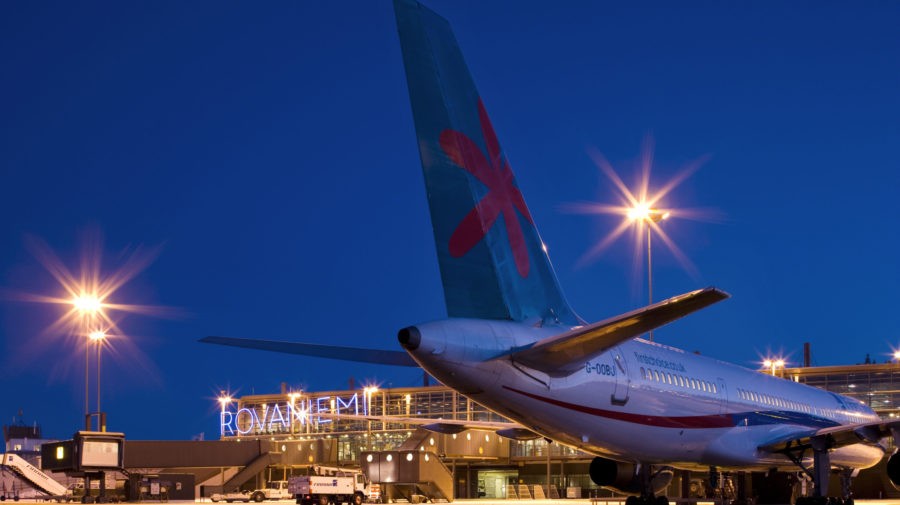 Christmas time is peak season for airports in northern Finland. Rovaniemi sees about 150.000 passengers in December compared with 30.000 in June.
Read in Russian | Читать по-русски
By

It is winter, snow and northern lights, not least to talk about Santa Claus. December is peak season for all airports in Lapland, Finland’s northernmost region.

The big numbers fly in with charter flights from Europe. Asian tourists mainly arrive via Helsinki on scheduled flights.

At Ivalo airport, there are about 5.000 travellers in May. In Christmas season, the number of passengers increases to 70.000, Jarmo Pyhäjärvi, Manager at the airport tells.

Kittilä, another well-known winter tourist destination, can in the busiest periods see 3.000 travellers rushing through the airport within one hour. That is the same number as during the entire month of June.

There are almost 30 flights daily in the busiest period in December, Kimmo Liukkonen, Manager of Kittilä airport says. Those days, there are ten times more staff to facilitate for the busy traffic.

Rovaniemi is the busiest airports of all outside Helsinki in December. Johan Juujärvi, Manager at Rovaniemi airport informs about 150.000 passengers in December, compared with some 30.000 in June.

Finnavia, the Finnish state owned airport operator, says it has invested €55 million since 2018 in upgrading Rovaniemi, Kittilä and Ivalo airports.

Over the next few years, Finavia will invest another €100 million in Lapland’s tourism industry. The airports will then be ready to serve two million passengers a year.