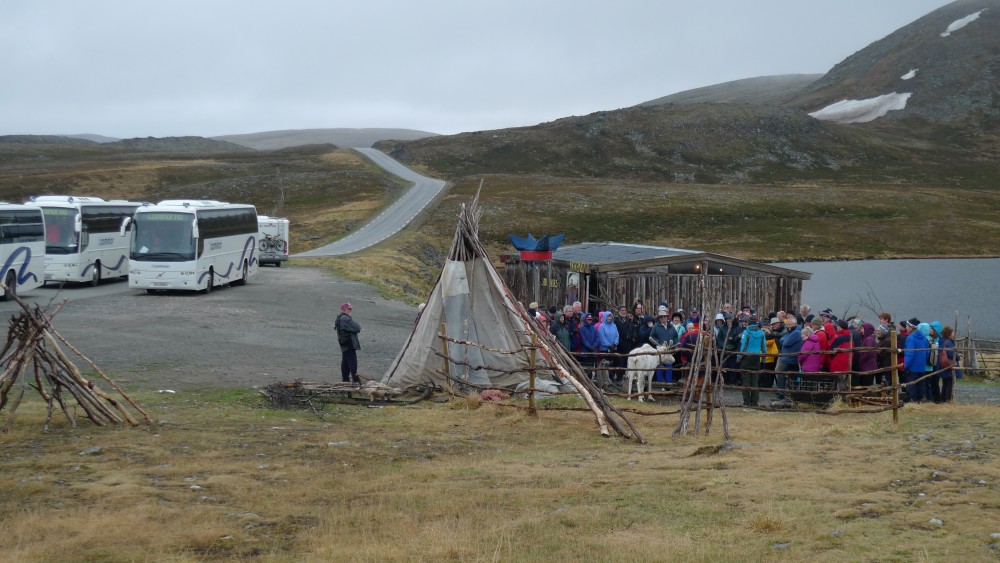 The travel industry goes green and the north is no exception when tour-busses aims for zero emission.
Read in Russian | Читать по-русски
By

It is the northernmost tourist bus destination on mainland Europe. The North Cape gets about 270,000 visitors a year. Many of them are brought arrive with cruise ships to Honningsvåg and ride up to the plateau in busses.

The distance from the port to North Cape is 34 kilometers, a perfect distance for a battery-powered bus, according to coach operator Tide.

The company buys 16 pure-electric tour-busses that will be based in Stavanger, Bergen, Trondheim, Tromsø and Honningsvåg.

“Tide’s commitment marks the starting point for a similar transition in the tour-bus market,” she adds.

Enova has supported the project with 27 million kroner (€2,7 million).

Additional to the battery-powered busses, dedicated charging stations will be established where the busses are to be operated.

Norway’s Minister of Climate and Environment, Sveinung Rotevatn, says he hope other will follows. “I hope that the experience and lessons learned from this project will make other companies follow Tide’s example.

The electric tour-busses will be delivered over the next year and a half and will replace diesel-busses driving today. With the 16 busses, the estimated annual CO2 savings will total around 720,000 kilos, Tide informs.