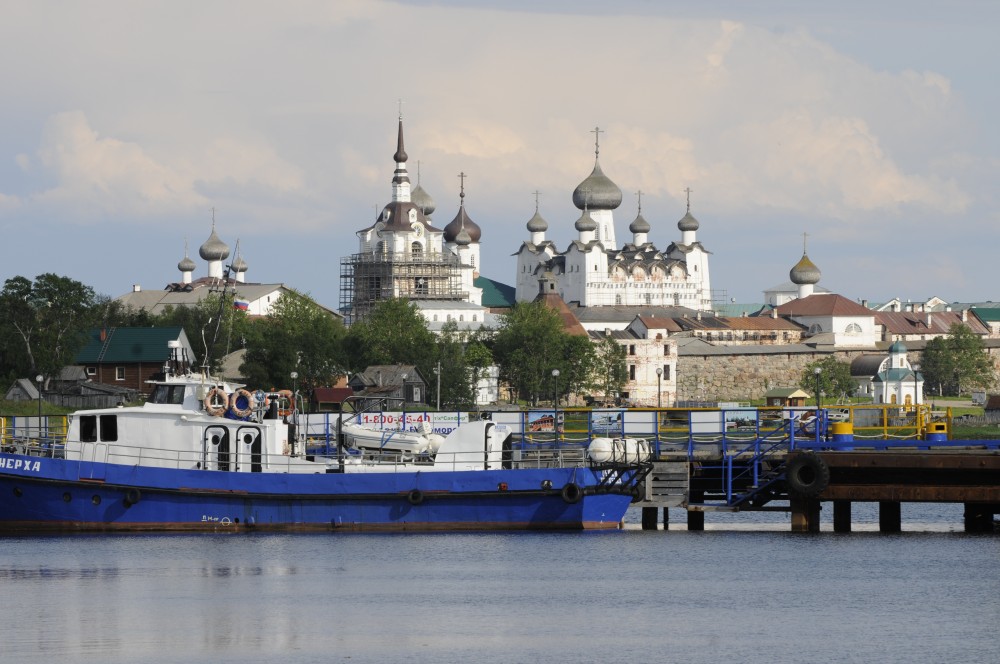 Small passenger boats bring visitors from the port of Kem on the mainland to the monastery archipelago of Solovki in the White Sea. Photo: Thomas Nilsen

Arkhangelsk authorities have tightened the rules, making it practically impossible for pilgrims and tourists to go onshore at the popular monastery archipelago in the White Sea as a protective measures to stop the spread of the coronavirus.
Read in Russian | Читать по-русски
By

Tens of thousands of visitors normally travel to the main island on Solovki where monks in the 1436 founded the Solovetsky Monastery. Becoming infamous for its GULag-camps during the 1920s and 1930s, and again turning into a holy centre for Russia’s Orthodox church from the late 1990s.

June to September is normally very busy months on the archipelago which is a few hours by boat from the mainland. While Karelian authorities have said the islands again can be reached by boat from the port-town of Kem, Arkhangelsk authorities, to where Solovki is a part, are banning all non-residence from going onshore, a June 19 decree reads.

The decree, signed by acting governor Aleksandr Tsybulsky, says crew and passengers on the boats are not allowed onshore unless they have been isolated 14 days onboard the boat after arrival to Solovki.

The ban does not apply to people living in the village on the main island or to the monks and workers in the monastery.

In practice, the shipping companies operating the smaller passenger boats from Kem, Onega or Belomorsk are in charge of not selling tickets to people not living on Solovki. All public flight services from Arkhangelsk to Solovki is stopped. The runway at Solovki is currently under reconstruction, being prolonged to 1,500 meters to serve the boost in tourism.

The coronavirus situation in Arkhangelsk Oblast is not under control, with cities like Severodvinsk where more than 2,000 COVID-19 cases are reported.