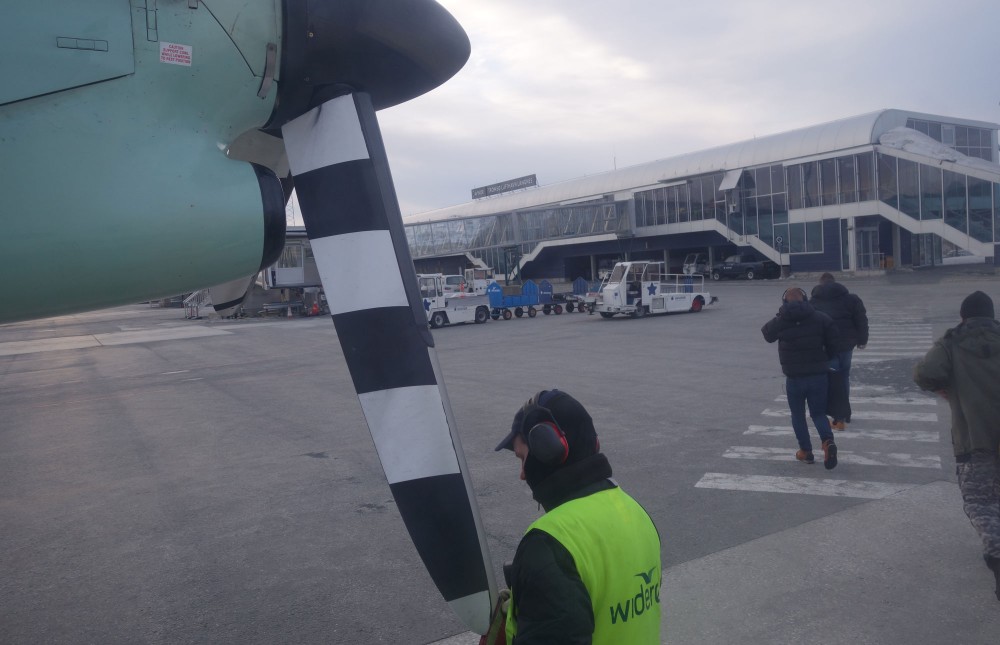 The airport of Tromsø will in 2024 be able to handle 2,7 million passengers per year. Photo: Atle Staalesen

A brand new runway and terminal will be built in Bodø, and the Tromsø Airport is getting a major facelift.
Read in Russian | Читать по-русски
By

Deep crisis is running through the Norwegian airline industry, but that does not prevent the government in Oslo from allocating billions to new airport projects north in the country.

In Bodø, a brand new runway and terminal will be built less than a kilometer from the existing airport. The project is estimated to cost NOK 5 billion (€490 million), and comes after the Norwegian Air Force decided to abandon Bodø and move operations to Evenes and Ørlandet.

Local authorities in Bodø have since the Air Force formally moved out of town in 2016 been pushing for the building of the new airport further away from the town center. The lands of the existing runway must be used for urban developments, the town government argues. In its project branded “New town, new airport,” local developers outline new acreage for housing, business and industry.

It will prepare the ground for a significant population growth, town authorities say.

However, the project comes with a dazzling price, and critics argue that the investments will never pay back.

And the new infrastructure object will be located only a few hundred meters away from the existing airport.

On 16th February 2021, Norwegian state airport company Avinor officially completed a preliminary first part of the project. The Norwegian government is now expected to approved the project before summer and funding will be provided in the 2022 state budget.

Another state airport development project is taking place about 300 kilometers further north. In Tromsø, Avinor is this year starting the construction of a new major terminal building adjacent to the existing facility.

The upgraded Tromsø Airport is due to be completed before 2024 and increase annual passenger capacity to 2,7 million. The project has a cost frame of 1,01 billion NOK (€97 million), Avinor informs.

The major investments in north Norwegian airports come as passenger numbers have plummeted following the COVID-19. A total of 628 thousand passengers in 2020 traveled through the Bodø Airport, and 882 thousand through Tromsø, a decrease of 46 and 45 percent respectively, figures from Avinor say.