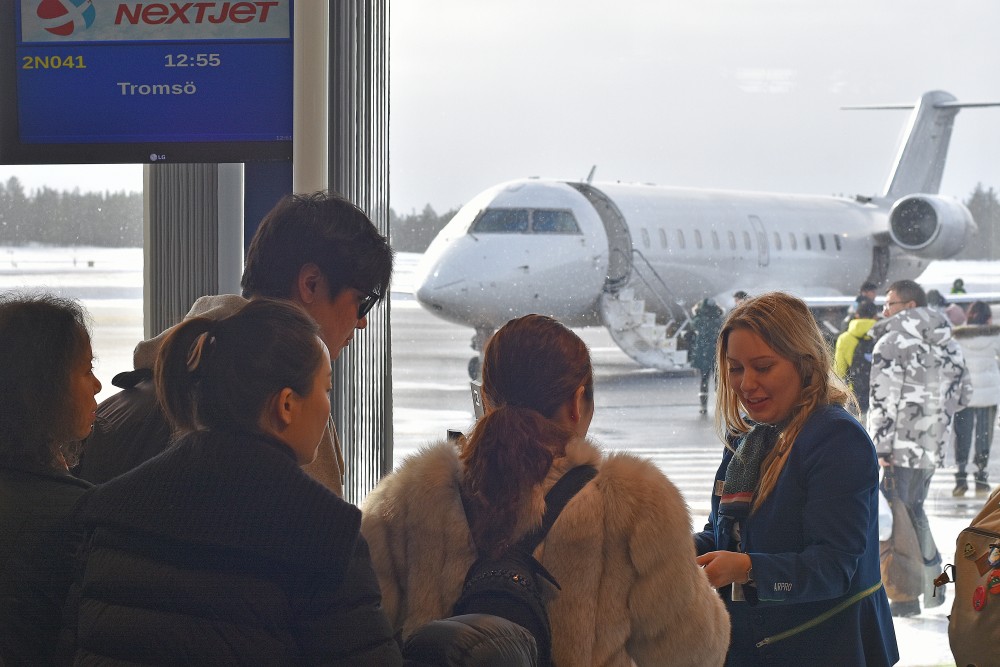 Restoring connectivity between airports in northernmost Europe and far-away destinations is shaping up, despite concerns of long-term post-pandemic hangover affecting tourism.
Read in Russian | Читать по-русски
By

“We are truly pleased for the newly announced route by easyJet,” says Sanna Kärkkäinen, Director of Visit Rovaniemi. The low-cost airline starts twice-weekly flights directly from Milan, Italy this winter.

“Italy is a significant market for our Christmas season,” Kärkkäinen says.

easyJet is not the only airline to bring tourists back to the airport located on the Arctic Circle in Finnish Lapland. Air France will also fly two times a week from Charles de Gaulle airport in Paris to Rovaniemi starting in early December.

After nearly two years of partly lockdown, international tourism is again looking north, although not at the peak levels seen before the outbreak of the pandemic in early 2020. In 2019, the number of overnight stays in Rovaniemi was 600,000, an increase of over 12 percent from the previous year.

Visit Rovaniemi estimates that the loss as a result of the visitors from China alone to be €50 to €70 million last season.

In terms of international guest nights, Germans were the second largest nationality in northern Sweden before the pandemic, with attractions such as the Northern Lights and the Ice Hotel in Jukkasjärvi ranking high.

From Luleå, SAS will for this winter season operate a direct flight to London Heathrow.

In northern Norway, Tromsø will this winter have direct flights to London (by Norwegian and Wizz Air), Frankfurt and München (by Lufthansa) and Gdansk (Wizz Air) in addition to the Nordic capitals Helsinki, Copenhagen and Stockholm.

For people living in the north that want to explore sunny far-away destinations this winter, charter operator TUI just announced a direct flight from Skellefteå, northern Sweden to Krabi and Phuket in Thailand, a land that opened for vaccinated Scandinavian tourists on November 1.