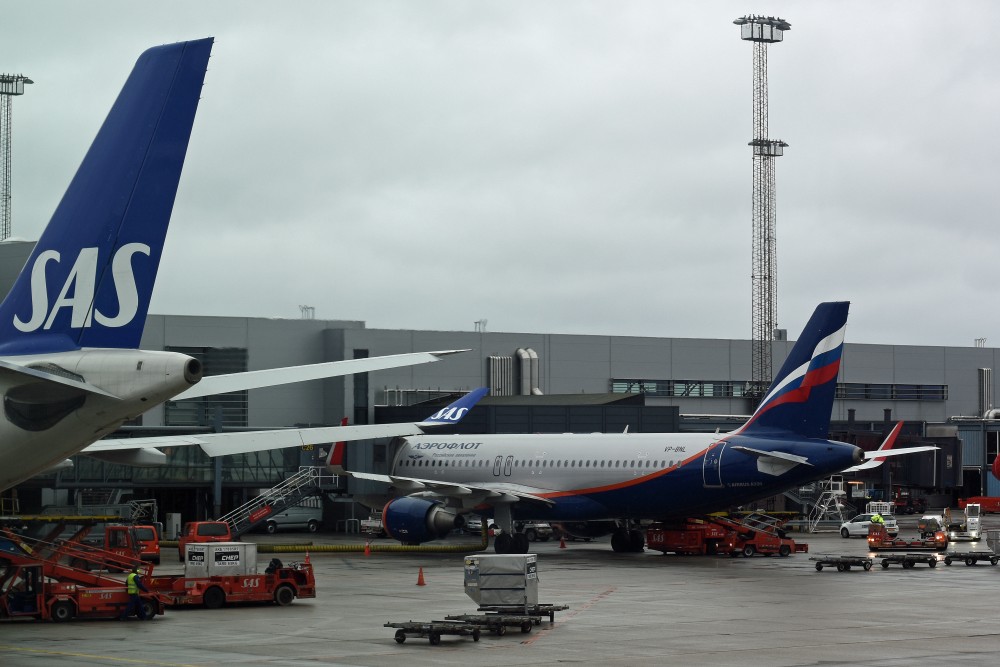 Aeroflot will have to find other ways than Finland to get to Europe and North America. Photo: Thomas Nilsen

Most civilian Russian airliners use to fly over Finland on long-haul flights to the United States and tourists destinations in Central America and the Caribbean.
Read in Russian | Читать по-русски
By

“Finland is preparing to close airspace for Russian air traffic,” Minister of Transport and Communications, Timo Harakka, said in a tweet overnight.

In times of pandemic with closed borders to southern Europe and popular destinations for Russian tourists in South East Asia, Russian airliners have over the last few months redirected much of the charter flights to countries like Cuba, Venezuela and Mexico. With departures from Moscow, St. Petersburg, Novosibirsk, Krasnoyarsk and others, the shortest routes are crossing the skies of Finland.

Several other European nations have also closed their airspace to Russian flights over the last 24 hours, as Putin’s brutal war on Ukraine continues.

United Kingdom, Estonia, Latvia, Slovenia and Romania said on Saturday they were banning flights from Russia, the BBC reported.

Germany on Saturday said it will close its airspace for Russian planes, Reuters reported. The country’s largest airline Lufthansa said it cancels all flights for the coming week to destinations in Russia. According to AFP, also Denmark on Sunday said Russian planes are unwelcomed.

In practice, this means no entry possibilities of Russian airlines to western Europe as the airspace from Finland in the north to the Black Sea in the south is closed.

Commercial airlines are avoiding airspace of Ukraine, Belarus and Moldova for security reasons due to the ongoing fights.

Traversing Russia with Siberia is the shortest and fastest connection between Europe and Asia.

For Finland’s tourist industry, including in the snowy north, Finnair’s direct flights to Helsinki are of great importance as the country just a few weeks ago reopened borders for international travel, after two years of COVID-19 restrictions.