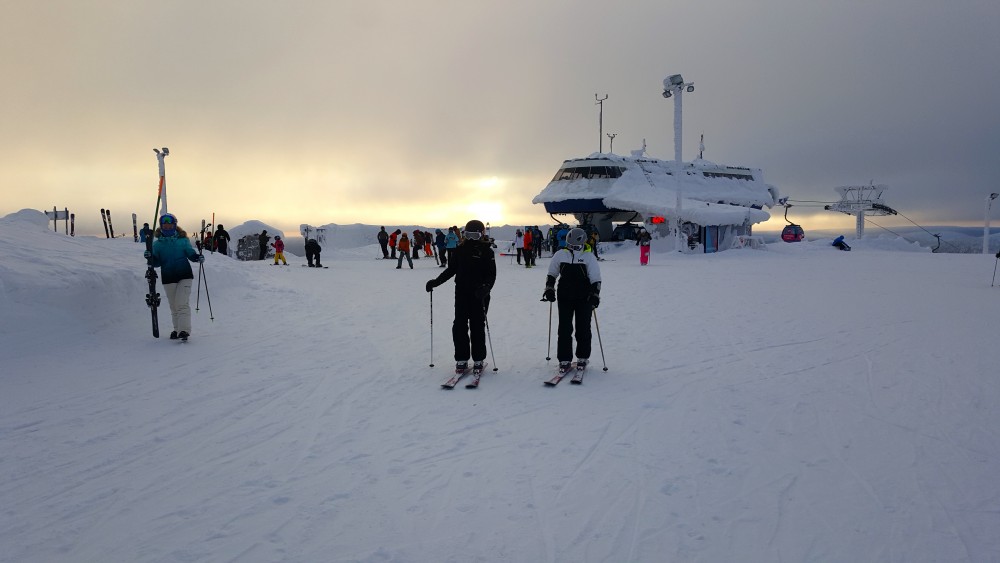 The closure of Russian airspace is causing uncertainty in Lapland’s tourism industry, which has relied heavily on travel from Asian countries. The amount of Asian tourists visiting Finnish Lapland has been growing year after year, before stopping completely because of the pandemic. Now, after many travel restrictions have been lifted, the travel between Asia and Finland is hit with yet another issue. Sanctions have been imposed, and consequently the Russian airspace is currently closed for the European Union as well as the US and Canada.

Finnair flies to approximately twenty destinations in Asia, and Helsinki airport works as an important hub for transfer flights to and from Asia. Those 20 destinations have now been shrunk to just shy of ten. Avoiding the Russian airspace is causing serious flight disruptions and longer flight times - all of which will make travelling between Asia and Finland much more difficult. “This is an exceptional situation after exceptional situation,” says Sanna Kärkkäinen, the managing director of Visit Rovaniemi tourism board. Kärkkäinen says that it is difficult to pinpoint at this point if many cancellations have happened because of the war and subsequent airspace closure. The winter season was drawing to an end when the Russian airspace was closed, and the bookings this year have been a bit more chaotic than before. “We have gotten used to this new type of travelling, where bookings are done late and they are changed often,” Kärkkäinen explains. “If this had escalated earlier, we would have seen a larger amount of cancellations,” she explains.

City of Rovaniemi has previously relied heavily on Asian tourism, but the recent developments have dropped the amounts yet again. Kärkkäinen explains that this winter season has been exceptionally good for Rovaniemi’s tourism and they have succeeded reaching 80% of their pre-pandemic sales. “We had not put all our eggs in one basket,” Kärkkäinen explains their success for the year. “Even though the Asian market has diminished, we have still broken records in the area and the demand has been constant,” she continues.

The war in Ukraine is causing other concerns for the Lappish tourism industry as well. Especially the rising fuel prices are causing uncertainty; “We are now moving to the summer season and we are wondering how it will look like this year,” Kärkkäinen says. According to her, predicting what summer tourism is like is always difficult. Summer of 2021 saw a massive surge in tourism in northern Lapland due to the bothersome foreign travel and lifted domestic Covid restrictions. “I have a feeling that people will be strict about their expenditure this year,” Kärkkäinen says. Summer tourists have traditionally been independent travellers who are usually driving a car across Lapland. With fuel prices rising due to the current geopolitical situation, it is yet unclear how this will affect the decisions of people wanting to travel north. Kärkkäinen does believe that the north of Finland will still be a desirable travel destination, especially for domestic travel. “We have incredible attractions and I believe people still have a passion to travel somewhere,” she says. Kärkkäinen continues to explain that if the situation in Europe is seen as unsafe, people will feel safe travelling domestically in familiar places where they feel secure.

The following year will be yet another season riddled with questions for the Lappish tourism industry. After a turbulent two years, it seems that the upcoming seasons will be filled with uncertainty. However, local tourism industries are cautiously optimistic. “Even though the crises affect our industry strongly, the recovery is also fast,” Kärkkäinen concludes.