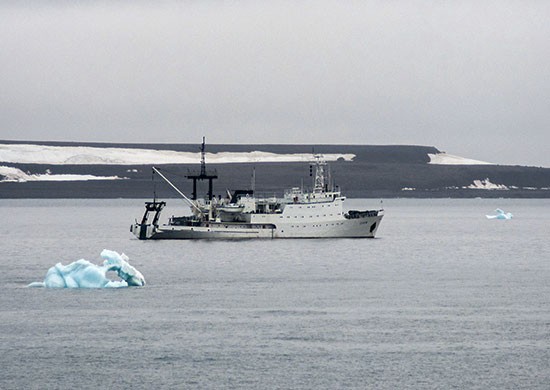 A Northern Fleet expedition makes discovery of several new islands and straits in the waters surrounding the Franz Josef Land and Novaya Zemlya.

A total of nine icelands and fifteen straits, previously uknown of, have been put on the Northern Fleet’s maps of the Novaya Zemly and Franz Josef Land.

The discoveries come as glaciers in the area retreat leaving open new lands, the press service of the Northern Fleet reports.

The biggest of the new islands is two kilometers long and 600 km wide.

The discoveries were made by a group of researchers working for the Russian Navy. It was the Northern Fleet research vessel ”Senezh”, which was serving as base during the expedition.