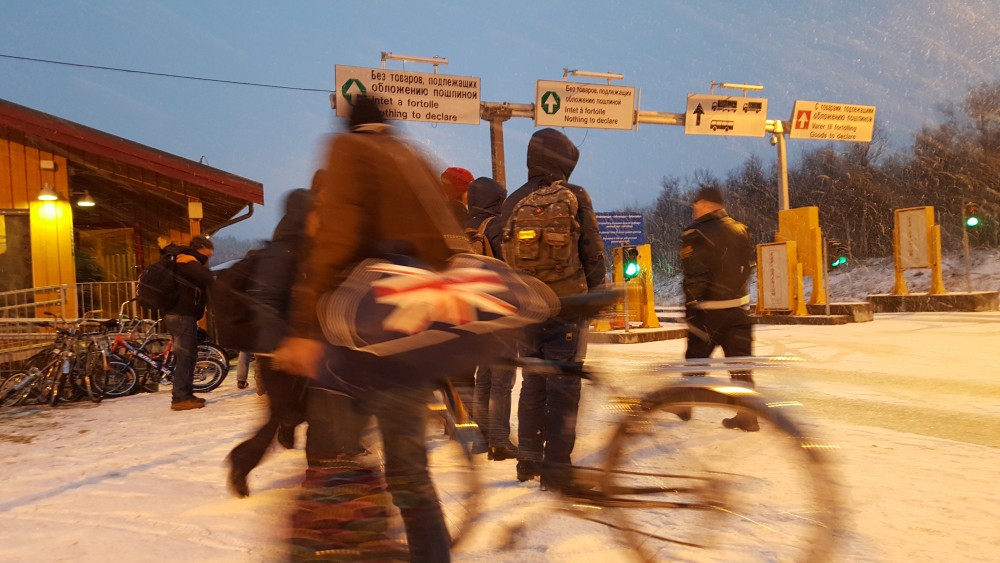 The number of migrants taking the Arctic Route via Russia into Western Europe continues to increase. Majority now are not Syrians, but from Afghanistan and Iraq.

The Police in Kirkenes, Norway’s border town to Russia in the north, this weekend reported about 239 asylum seekers crossing into the country at Storskog check-point. 93 on Sunday and 146 on Saturday. Additional two returned back to Russia after a short visit on the Norwegian side, the police writes in a tweet.

On Friday, Norway’s Directorate of Immigration said adults from Afghanistan crossing the border at Storskog without a need for asylum risk rejection of the application and can be sent to Kabul, NTB reported.

Last week and during the weekend, many of the asylum seekers coming to Norway are from Afghanistan, unlike when the inflow over the Russian-Norwegian border started in September and first part of October when the majority where Syrians. Over the last few days, also many Iraqis have discovered the Arctic Route into Schengen.

On Friday, the Norwegian Government granted funding for sending attional 23 police offcers to man the border check-point and handle the sharp increase in asylum-seekers coming to the Kirkenes area.

It is not allowed to walk over the border itself. Although the distance from the Russian check-point Borisoglebsk to the Norwegian Storskog is less than 300 metres, the people have to be on some kind of transportation unit. If hich-hiking with a car or a bus across the border, the Norwegian police has annonced they would file charges on trafficing for the drivers.

The solution is then bicycles.

In total, more than 700 asylum seekers have crossed the border from Russia over the last week.