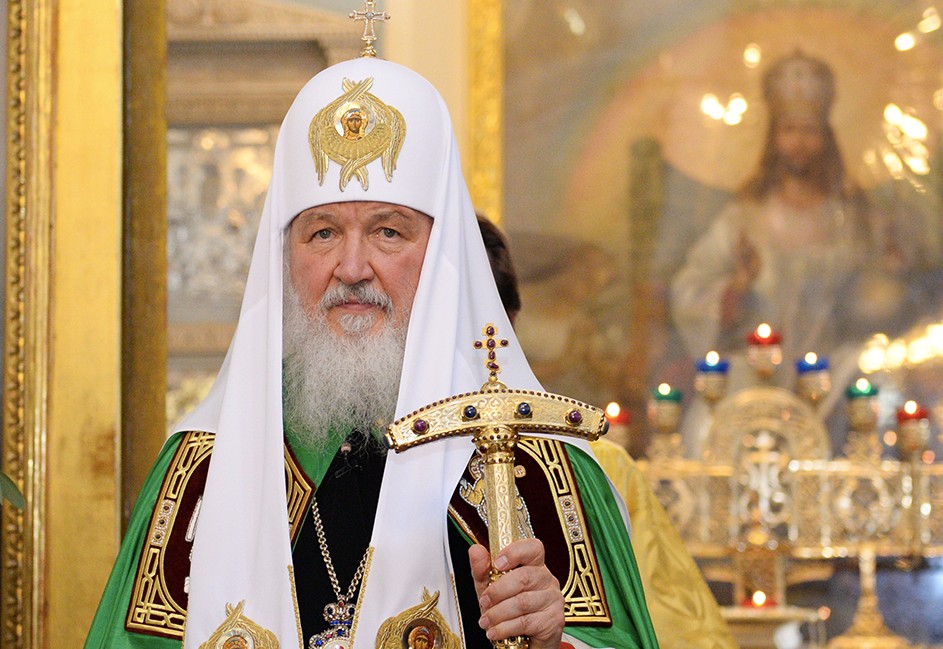 Local roads get new asphalt, buildings are painted and a whole street is wrapped in screen nets as Patriarch Kirill comes to town this week.
By

The streets of Kirovsk, the town in the Kola Peninsula, is buzzing as the last preparations are done ahead of Kirill’s visit due 19th August. Hectic repairs and upgrades are made, especially along the route which the church leader will take as he enters town.

Bus stops are painted and a whole street is wrapped in a green net hiding dilapidated facades.

That has never happened before, locals say, Murman.ru reports.

For some, it all bears resemblance with a Potemkin village; the fake 18th century settlement erected by regional governor Grigory Potemkin ahead of Empress Cathrine the Great’s visit.

During his visit to town, Patriarch Kirill will visit one of the local mines where he also will lay down the foundation stone for a new church. He will also visit the church in downtown Kirovsk, the Murmansk diocese informs on its website.

The Patriarch will arrive in the Kola Peninsula on the 18th August and pay visits to Severomorsk and the city of Murmansk, in addition to Kirovsk.

During his visit, Kirill will also sanctify the region’s two major church projects; the new major cathedral in Murmansk city and the St. Andrew’s cathedral in Severomorsk.