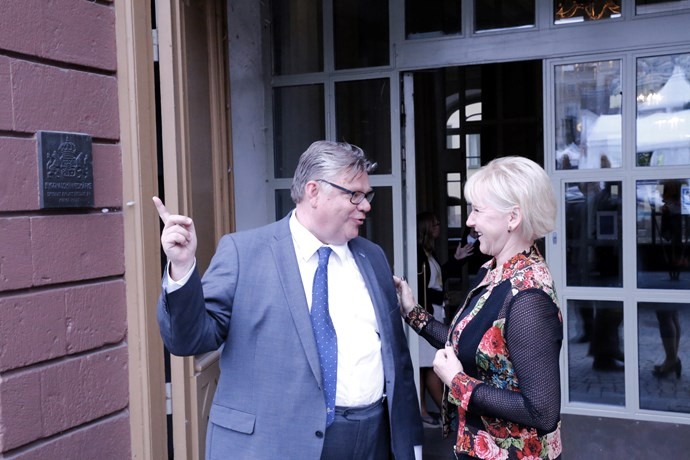 Foreign ministers Timo Soini and Margot Wallström do not want to engage in bilateral talks with Russia over security issues.
By

«I don’t think it’s feasible for there to be discussions between two countries on these issues,» Timo Soini said after his meet with counterpart Wallström in Stockholm this week.

«I think in general these kinds of contacts and negotiations should be on a wider scale,» he added, Yle News reports.

The two foreign ministers agreed that a united line must be pursued in the contact with Russia, Yle writes. Russian Deputy Defence Minister Anatoly Antonov earlier this month hinted that Russia wanted talks with the two countries on the security situation in the Baltic Sea.

«Above all, we’ll discuss with other countries who received invites and decide what this is all about,» said Swedish Minister Wallström. «We won’t allow a wedge to be driven between countries.»

The invitation from Anatoly Antonov comes as an increasingly tense situation in the Baltic region is pushing the two Nordic counties closer to NATO and western partners.

In a foreign policy speech made in June, Timo Soini said that «the use or threat of military force against Finland cannot be excluded.”

Following the Finnish-Russian top meeting in July, Finnish President Sauli Niinistö admitted that «there clearly is a certain fear of Russia among the countries in the Baltic region, as well as other places”.

According to an independent, government-commissioned report on the effects of Finland’s possible NATO membership, it is of key importance that Finland and Sweden stay united in issues of national security, be it within or outside the alliance.