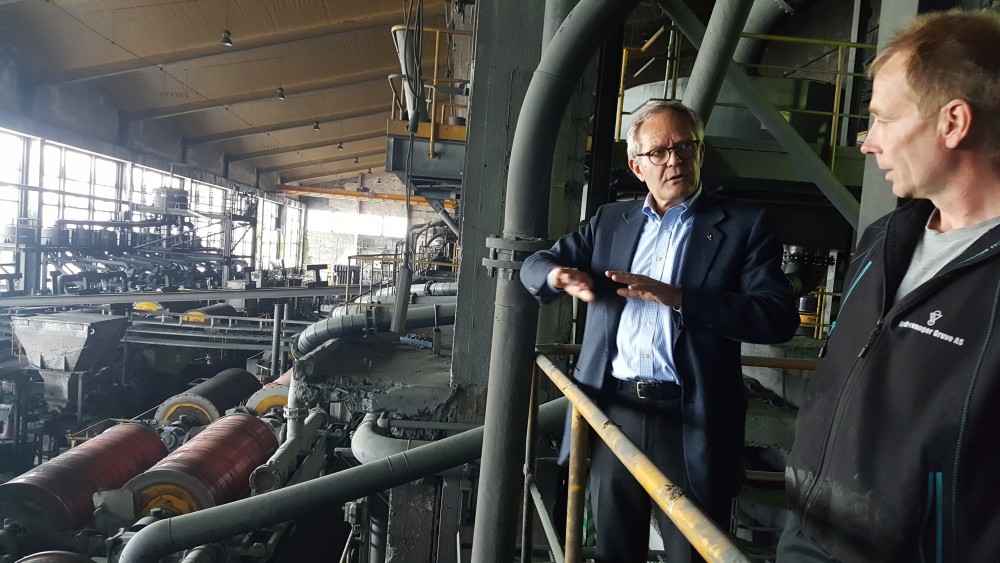 Mining in Kirkenes, the small Norwegian town on the Barents Sea coast, has been in limbo since company Northern Iron in November 2015 bankrupted and about 400 workers lost their jobs. Some optimism was regained when Felix Tshudi and his Tschudi Group in April this year acquired the mine for a modest handful of money.

Now, that uplift spirit gains momentum as the Tschudi Group announces that it is taking steps to prepare renewed production at Sydvaranger, the local mine.

However full-fledged mining is still a far shot.

According to the company, it will «ramp-up its care and maintenance activities» and  «include a test program for running mining, rail and production line».

Rather than engaging in production, the Tschudi Group apparently takes measures to polish its mining assets for potential investors.

«The project will result in the production of some iron ore concentrate which, if successful, will demonstrate Sydvaranger’s ability to re-enter the market as a producer in future», a press release reads.

“Progress continues to be made on the permitting for mining activities in the longer term and we remain optimistic about the future opportunities at Sydvaranger», says Peter Steiness Larsen, Chairman of Sydvaranger.

Meanwhile, the price on iron ore remains low. After years of historical high, the price in December 2015 dropped to its lowest level since 2007. Since then, the price has remained low. In July this year, the iron price stood at the level of $56.5 per ton compared with the historical high of $145 in 2010.