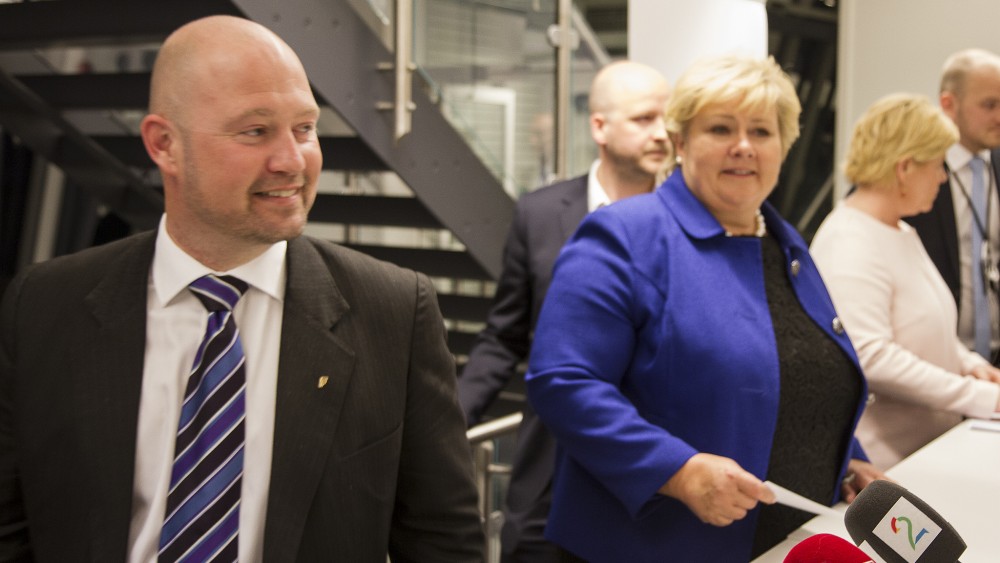 As migrant flows across the border from Russia continue to increase, the Norwegian government adopts a string of restrictive measures.

At unprecedented speed and without normal legislative procedures, the Norwegian Parliament, the Storting, yesterday adopted a number of restrictions in Norwegian asylum legislation.

The new regulations will give the ministry and the police expanded powers in policy and enforcement issues.

”The legislative amendments will prepare the ground for a quicker return to Russia of the asylum seekers who have previously stayed in that country”, Justice Minister Anders Anundsen says in a press release.

”The legislative amendment empowers the immigration authorities to turn down asylum applications from people who have safe lives in third counties”, the minister adds.

With the new legislation, Norway will be able to quicker handle the migrants now flowing across the country’s Arctic border with Russia.

”We want a change which enables us to exit people quicker than before, including also immediate return”, Anundsen says.

”In today’s situation, there is a need for quick measures following developments in the world, and also based on changing policies in other countries”, he adds.

The law amendment comes on the same day as Prime Minister Erna Solberg visits Storskog, the crossing point on the border to Russia. In a meeting with the press, Solberg underlined to the Independent Barents Observer that she aims at cooperation with the Russians.

”Much will depend on our ongoing diplomatic talks”, Solberg said, addind that ”if they agree about the return of asylum seekers to Russia, then this situation will not be a problem in our relations”.

Among those diplomatic efforts is MFA State Secretary Tore Hattrem’s visit to Murmansk on Tuesday.

According to the press service of the Murmansk government, the meeting between Hattrem and Governor Marina Kovtun included a wide range of issues, among them also cross-border cooperation, infrastructure, visa issues and more.