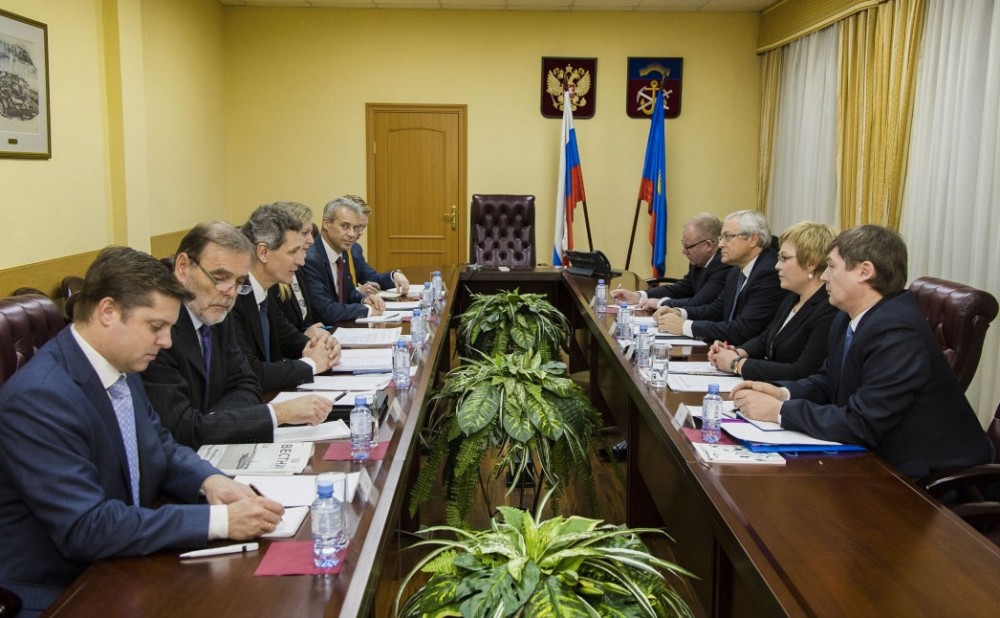 Russia’s Arctic capital is this week the epicenter in Norwegian-Russian relations.

As relations between the two counties are strained by the general chill in east-west relations and the major flows of migrants across their joint border, several Norwegian delegations head to Murmansk for talks.

On Monday-Tuesday, Deputy Foreign Minister Tore Hattrem headed a diplomatic mission and met with regional Governor Marina Kovtun. On the agenda was the effects of the migration situation on the two countries border areas.

As previously reported, more than 2000 migrants have the last month crossed the border between the countries and created havoc in local reception capacities.

Mr Hattrem’s visit coincides with the visit of Prime Minister Erna Solberg to the border crossing point of Storskog. During that visit, Solberg underlined that regional cooperation will remain a key backbone in bilateral relations. At the same time, however, she made clear that also regional cooperation could suffer if ”extraordinary developments” take place in the region.

According to the press service of the Murmansk government, the meeting between Governor Kovtun and State Secretary Hattrem touched on issues of cross-border cooperation, infrastructure, visa issues and the situation in the border municipalities.

Also Norwegian regional politicians are in Murmansk for meetings with Russian counterparts. In a meeting between Governor Kovtun and Runar Sjåstad, the regional leader of the Finnmark County, a region-to-region cooperation agreement was signed.

”Under the ruling political circumstances, we find it very important to promote the regional cooperation”, Sjåstad underlines in a press release. The two regional leaders also discussed the migrant situation.

”The flows of refugees across the border was discussed, and we both agreed about the importance to find a bilateral deal as soon as possible”, Sjåstad says.

The meetings in the Russian Arctic city take place within the frames of the Murmansk Business Week, an annual event for politicians, investors and decisionmakers.