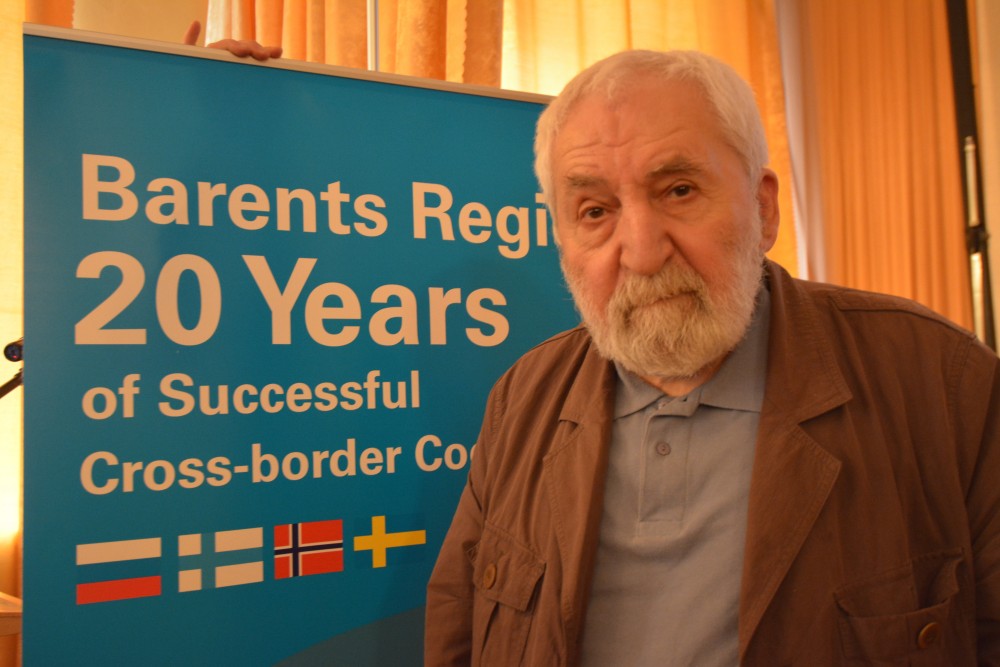 Glasnost Defense Foundation was added to the list of so-called Foreign Agents after a ruling by the Justice Ministry in Moscow on Thursday, Interfax reports quoting the press service of the Ministry.

The foundation says the decision is as expected in view of the current political situation in Russia, Ekho Moskvy reports.

Head of Glasnost Defense Foundation, Alexei Simonov, participated at the annual meetings of the Barents Press network in 2013 and 2014. Barents Press is an informal network of journalists working across the borders in the northern parts of Sweden, Finland, Russia and Norway.

“Being a journalist is a splendid profession as long as one agrees with the state,” Simonov told his fellow reports at the meeting in Apatity on Russia’s Kola Peninsula in 2013.

Also at the Kirkenes-meeting the year after, Alexei Simonov encouraged journalists across the borders to continue the important cooperation.

The Organization for Security and Cooperation in Europe (OSCE) Representative on Freedom of the Media Dunja Mijatović on Friday deplored the decision of Russian authorities to include the media NGO Glasnost Defence Foundation (GDF) in the register of Foreign Agents.

“For the past 25 years the Glasnost Defence Foundation and its president, Alexey Simonov, have been working tirelessly to protect and advocate for the rights of journalists in Russia and the Commonwealth of Independent States region,”  Mijatović says.

“GDF’s internationally acknowledged efforts have been exemplary and labelling it as a “Foreign Agent” is a serious obstruction to the important work media NGOs carry out and a threat to media pluralism in the Russian Federation,” Dunja Mijatović says.

The Foreign Agent law was introduced in 2012. So far, seven NGOs in the Barents Region are included to the list. As previously reported by the Independent Barents Observer, Secretary General of the Council of Europe, Thorbjørn Jagland, has called on Russian authorities to revise the law.

Dunja Mijatović expresses concern about the intimidation of media organizations in Russia.

“Media NGOs have been funded to assist Russian authorities and civil society in meeting their commitments related to media freedom,” she says.