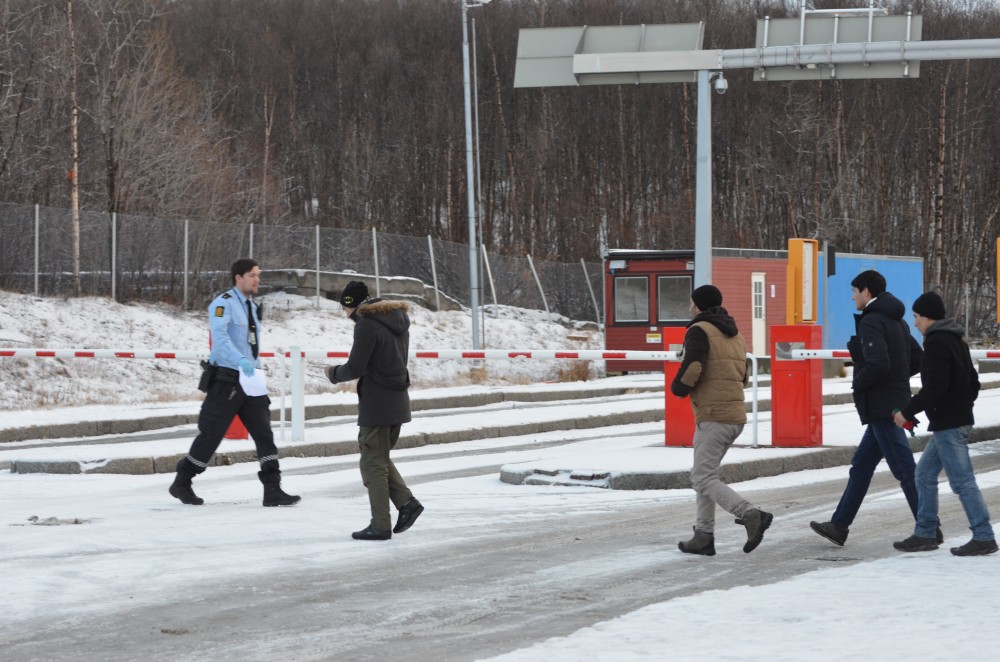 Asylum seekers can now get a fast return to Russia after arriving at Storskog check-point. Photo: Thomas Nilsen

Government instructs immigration authorities to reject applications from everyone with resident papers in Russia arriving over Storskog check-point.
By

The instruction, valid from Thursday, says individual cases should not be considered in depth.

‘This is a group of asylum seekers that we do not consider to be at risk of persecution in Russia. Their decision to leave Russia for Norway is a misuse of the asylum system,’ says Minister of Justice and Public Security Anders Anundsen in a press-release posted on the portal of the Government.

Some weeks back, Norway’s Prime Minister Erna Solberg said asylum seekers from Afghanistan arriving at Storskog check-point risk being put on a direct plane to Kabul. Since then, the number of asylum seekers biking across the Russian-Norwegian border in the north has dropped fast. From Monday to Wednesday this week, 110 asylum seekers have arrived from Russia, less than in average crossed the border daily in early November.

The intention is that asylum seekers who do not qualify for in-depth consideration of their cases will be rapidly returned to Russia.

All cases will be dealt with individually in order to identify any asylum seekers who may, in exceptional circumstances, have a real need for protection and thus qualify for full consideration of their case in Norway, the Government says.