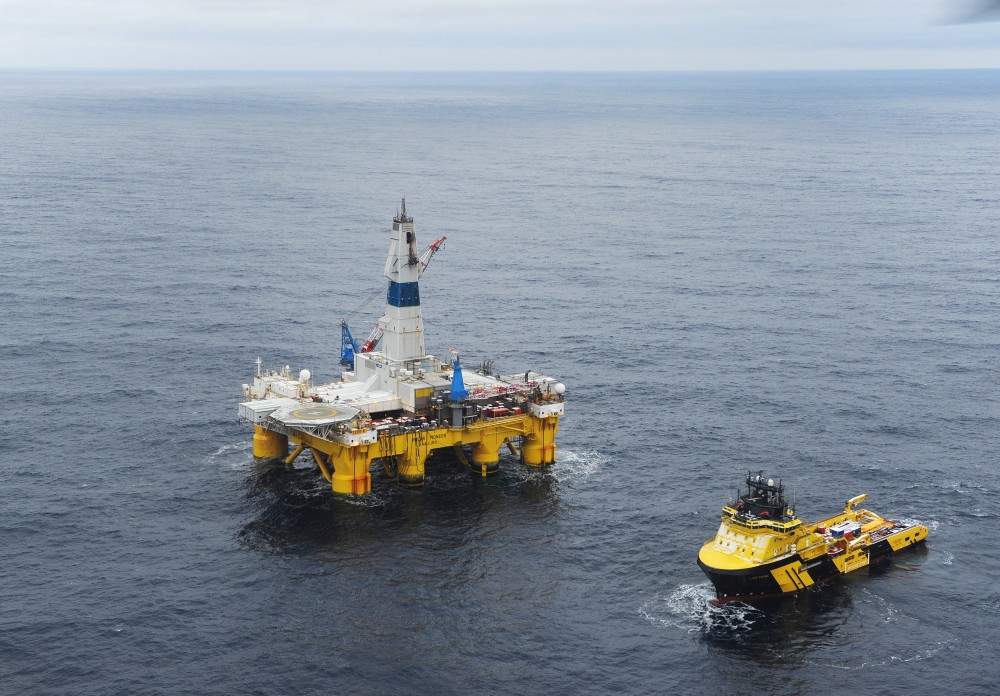 The Polar Pioneer is the drilling rig which in 20111 made the Skrugard (Johan Castberg) discovery in Barents Sea. Photo: Harald Pettersen, Statoil

As Norway invites its oil industry into new Barents Sea waters, it steps up talks with Russia over a cross-border exploration deal.
By

The Norwegian Ministry of Petroluem and Energy confirms to the Independent Barents Observer that talks are in the progress between Norwegian and Russian negotiators.

”The purpose of the talks is to make it technically possible to collect seismic data along the delimitation line between Norway and Russia in the Barents Sea”, Senior Communication Officer Harald Eikenæs Vengen says in an email.

”An agreement on this will be a natural extension of the border delimitation deal with Russia”, he adds. The agreement is still not ready, the ministry representative underlines.

Bloomberg earlier this week quoted Norway’s Oil Minister Tord Lien on the issue. “Attempting to find practical solutions to this kind of issues has been a feature of Norwegian-Russian cooperation for decades. This is a traditional, common part of this,” he stressed.

The Norwegian-Russian talks come as Norway is preparing for the implementation of its 23rd License Round, a process which ultimately will give oil and gas companies new exploration acreage in areas located all the way up to the borderline.

As previously reported, a total of 26 companies are ready to bid for the licenses, among them the Russian companies Rosneft and Lukoil.

The License Round includes 57 license blocks, of which 54 are in the Barents Sea and eight located immediately along the border. Another eight blocks are located to the north of the 74th parallel, not far from the area covered by ice during parts of the year.

The ongoing talks with the Russians is most likely a key reason why Norway has significantly postponed the 23rd License Round. The round is about a year after its original time schedule. It is expected that the Ministry of Petroluem and Energy will announce the winners of the licesens before summer 2016.

Norway and Russia in 2010 reached agreement on the delimitation of the Barents Sea, and consequently made an area with a major hydrocarbon potentials open to exploration. The delimitation agreement from the same year in detail outlines procedures for drilling in the border areas and the steps needed to be taken in cases of cross-border discoveries.

Symptomatically, on the same day as the deal came into force, a Norwegian seismic vessel moved into the area to start mapping.