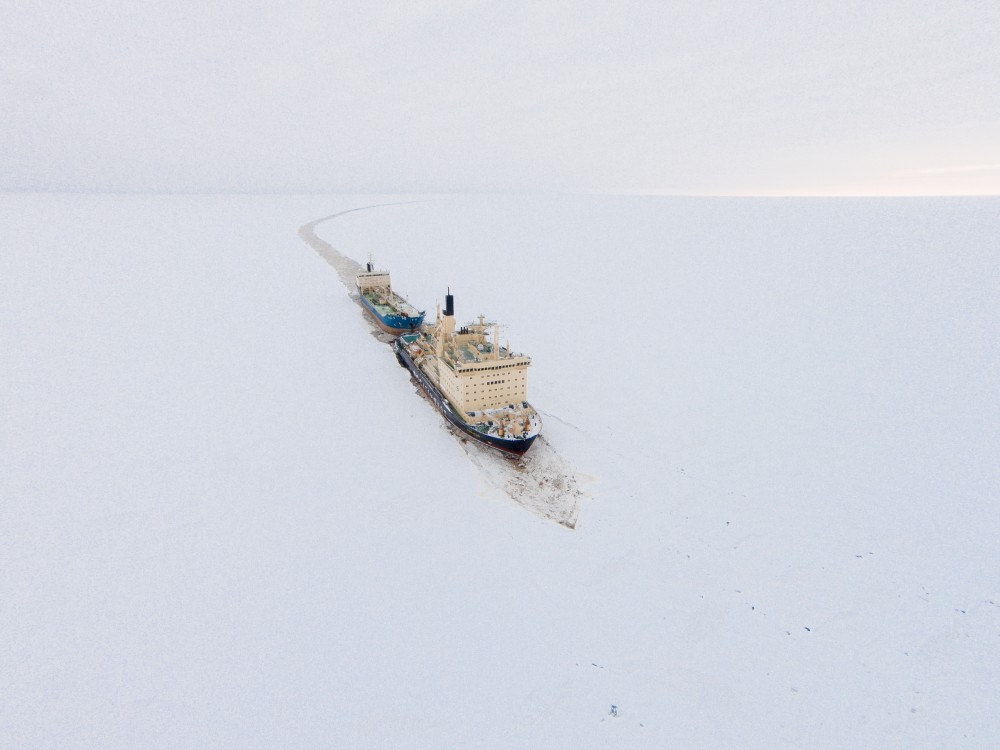 Despite massive melting over the past years, Arctic ice remains abundant in periods of the year. Photo: Gazprom-Neft

Russia should find ways to keep the Arctic route open all year round, Deputy PM Rogozin says. And the Chinese must be invited onboard.
By

Deputy Premier and leader of Russia Arctic Commission Dmitry Rogozin argues that bigger efforts need to be made to enhance shipping along the Northern Sea Route. In a conference on Arctic developments in St. Petersburg last week, Rogozin underlined that Russia has the technological capacities needed to keep the NSR open all through the year.

He stressed that the federal authorities responsible for Arctic shipping, and first of all the Northern Sea Route Administration, now must identify the appropriate technologies allowing for sailing on the route also in the winter and spring seasons

The Chinese are a key part of Rogozin grand Arctic plan, and he himself calls the Northern Shipping Route a new ”cold Silk Road”.

Rogozin confirms that Russia is inviting China to take part in delivery of cargo along the Northern Sea Route.

From before, China has signalled interest in investing in Russian rail-to-sea projects, among them the Belkomur initiative.

The high focus on the NSR comes after Prime Minister Dmitry Medvedev in June this year approved a federal plan for development of the route. The aim is to increase capacity by 20 times over the next 15 years, from today’s four millions of cargo to more than 80 million tons in year 2030.

The plan consists of six major components, amongst them are navigational and hydrographic support and creation of new maps; a system of maritime traffic regulation; protection of the seas against pollution; establishment of an infrastructure for search and rescue along the route, the federal Government press service informs.

As previously reported, Russia is the process of building at least 14 icebreakers which are to follow up the country’s plans for the region.