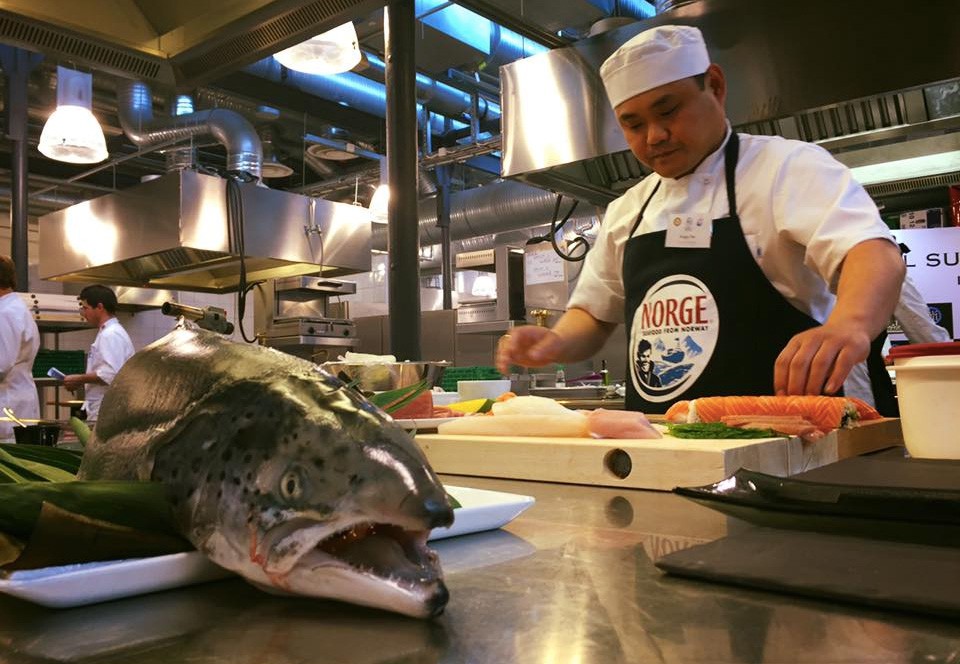 While the price of oil has reached its lowest level in more than a decade, the price of salmon is now the highest since the 1980s. One salmon at the moment sells for about NOK 292. One barrel of oil costs slightly less – NOK 276.

A Norwegian salmon analyst said Friday that the supply situation is challenging for the next six months, since cold weather now flooding Norway will reduce sea temperatures, feeding, and growth with a negative impact, iLaks reports.

Norway exported salmon worth NOK 47.7 billion in 2015. This is an increase of 9 percent or NOK 3.9 billion compared with 2014, and it is the highest export value ever for salmon, the Norwegian Seafood Council reports.

«A record-high volume in combination with record-high prices has taken Norwegian salmon exports to new heights in 2015. This was despite a closed border with Russia. The record year is due mainly to strong growth in demand in the neighbouring markets in the EU and a drafting effect from a weaker Norwegian krone compared with the euro and the U.S. dollar,» says Paul T. Aandahl, Analyst with the Norwegian Seafood Council.