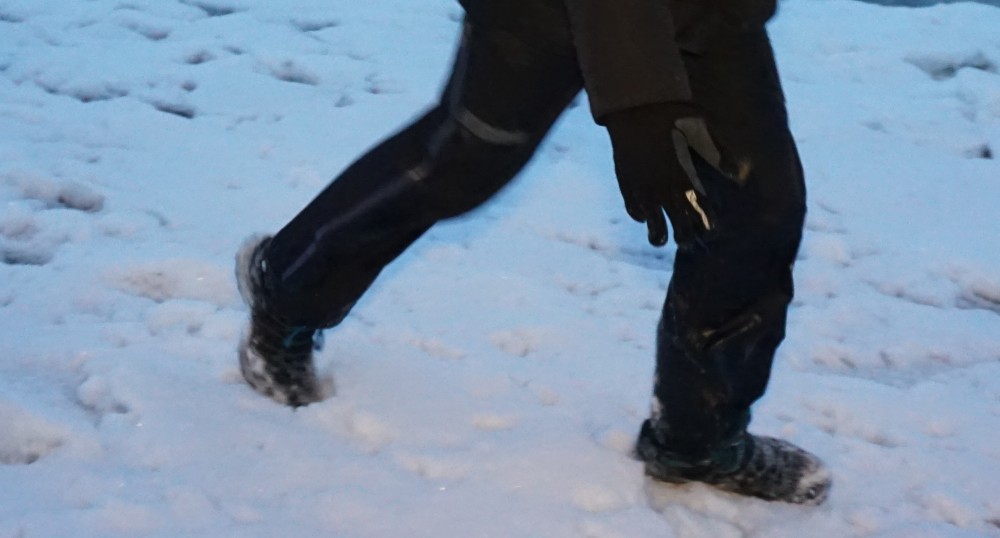 Temperatures were under minus 30 degree Celsius when the group started to walk from Kandalaksha towards Salla.
By

Migrants and refugees on the “Arctic Route” to Western Europe via Russia’s Kola Peninsula are reported walking on one of the most remote roads possible to find in the region. The frost is severe and there are only a few hours of light per day. It can be several tens of kilometres between houses on the road that mostly goes through taiga forest.

“Those who can not find transportation to border checkpoint at Salla are trying to reach there on foot,” the regional edition of Komsomolskaya Pravda reports Wednesday evening.

This week has been the coldest so far this winter on the Kola Peninsula with temperatures some places dropping below minus 30 degree Celsius. The group of walking refugees was rescued by the local medical service in Alakurtti, the only town on the road, approximently half way between Kandalaksha and Salla border checkpoint to Finland.

There are contradicting reports about frost bite among the refugees. Earlier on Wednesday, Komsomolskaya Pravda first reported that some nearly died on the route and were rescued by ambulances, but the emergency services available in the area denies that information.

A local recident of Alakurtti, however, confirms that there are children among the people walking the road towards the Finnish border. On Tuesday evening, the temperature at Salla on the Finnish side of the border was minus 36 degree Celsius, according to Finland’s Meteorological Institute.

The Finnish Border Guard reports that by Tuesday, a total of 219 migrants had applied for asylum after crossing the border checkpoints at Salla and Raja-Jooseppi.

The flow of migrants from Russia to Finnish Lapland increased after FSB border guards in late November no longer allowed migrants without a valid Schengen visa to leave Russia at Borisoglebsk checkpoint. Last migrants entered Norway at Storskog on November 29th last year as previously reported by the Independent Barents Observer.