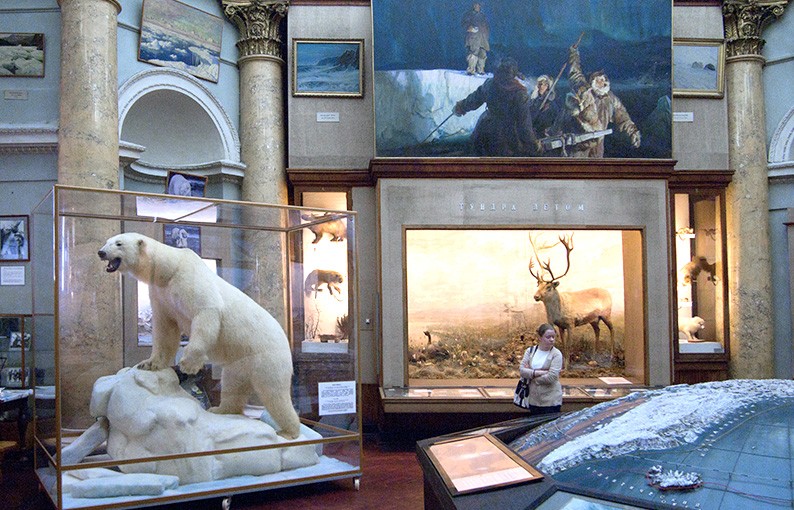 The Russian Museum of the Arctic and Antarctica is the biggest in the world in Polar history. Photo: Polarmuseum.ru

The world’s biggest museum devoted to Polar history, the Russian Museum of the Arctic and Antarctica, might be kicked out of its premises in St. Petersburg by the Russian Orthodox Church.
By

The building in the St.Petersburg city downtown has been used to display Russian Arctic and Antarctic endeavors ever since the renown museum opened in 1936. Before that, however, the building was church house for the Nikolsky Old Belief congregation. Like with so many other churches, Stalin’s men kicked out the priests and church inventory and either tore down the buildings or turned them into museums.

Now, the Church is kicking back. According to SOVA, a research and information center on relations between Russian church and society, the Nikolsky church is on the list of properties, which are to be returned to the church.

That, however, will be easier said than done. The Museum of the Arctic and Antarctica has huge collections of valuable items and the moving operation could cost as much as 2 billion rubles, SOVA informs.

According to the museum itself, it is the biggest in the world of its kind and holds about 100,000 items on Polar issues.

According to SOVA, the list of properties offered by the Russian government to the Church totals 1971 buildings and sites. Of them, the Church itself has requested takeover of 212 objects.