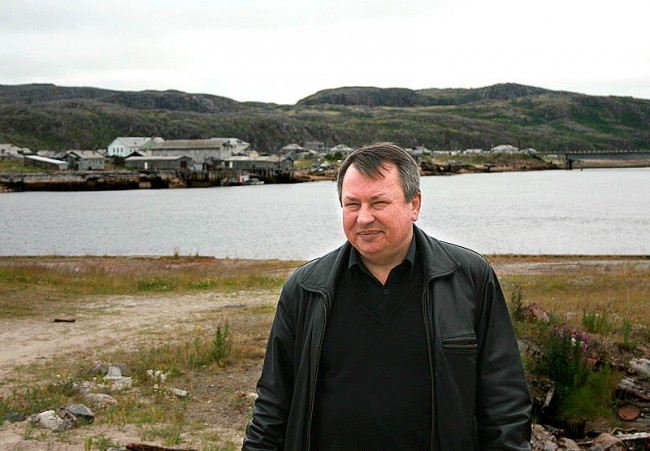 Valery Yarantsev, known in Norway for the “Elektron-case” in 2005, is ready to go to sea again.
By

As captain of the trawler “Elektron”, Valery Yarantsev was involved in one of the most dramatic events in the history of the Norwegian Coast Guard.

Yarantsev, who has been pursuing a political career in the last years, including three years as Mayor of the “Leviathan”-village of Teriberka, has returned to his old job of being captain of a fishing vessel, Komsomolskaya Pravda writes.

“The vessel is undergoing repairs in [the Norwegian town of] Båtsfjord, and it will take some time before we can go out to sea”, he says to the newspaper. Yarantsev says he has no plans to avoid Norway, and that he plans to be fishing also in Norwegian waters.

On October 17, 2005 the Russian fishing trawler “Elektron” was detained by a Norwegian Coast Guard vessel in the waters around Svalbard, on suspicion of breaking Norwegian fisheries regulations. The trawler fled with two Norwegian inspectors on board, and headed for Russian waters.

Several Norwegian Coast Guard vessels join the chase, and marines were put on one of the vessels for a planned boarding of the trawler. But the Norwegian vessels were held back form intervening because of bad weather, and “Elektron” managed to reach Russian waters on October 19. The next day the two Norwegian inspectors were handed over to Norwegian authorities.

Yarantsev was charged for kidnapping and illegal fishing by the Russian State Prosecutor in April 2006. One year later a court in Murmansk acquitted him of the charges on kidnapping, but gave him a 100.000 RUB fine for illegal fishing.