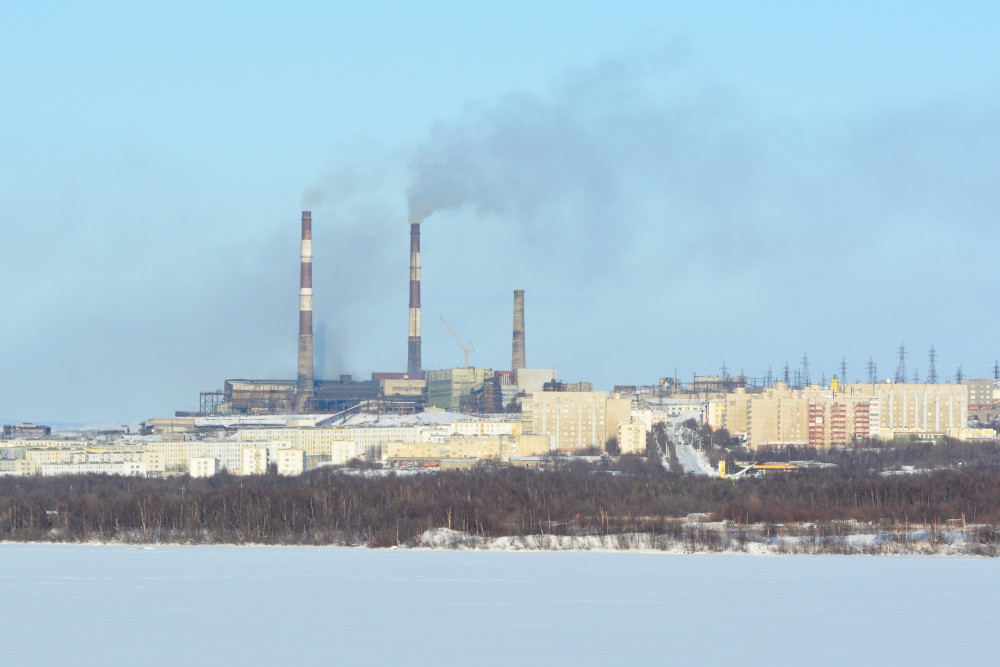 The Russian town of Nikel is some few kilometres from the border to Norway. Photo: Thomas Nilsen

A Russian fighter jet was only seconds away from Norwegian airspace west of Nikel on the Kola Peninsula on Tuesday.
By

Eye witnesses in Nikel say the jet aircraft passed just some few hundred meters above the factory in the direction towards the Pasvik River, which forms the Russian-Norwegian land border.

A local source tells to the Independent Barents Observer that the aircraft had approximately the same high above the ground as the top of the chimneys at the factory. A fighter jet will only use a few seconds from Nikel to the Norwegian border line.

Although the aircraft was only seconds away from Norwegian airspace, the Norwegian military describes the flight-paths as well inside Russian territory.

“The activity was well inside Russian territory and the Joint Head Quarters consider it as an normal exercise from Russian side,” Moen says.