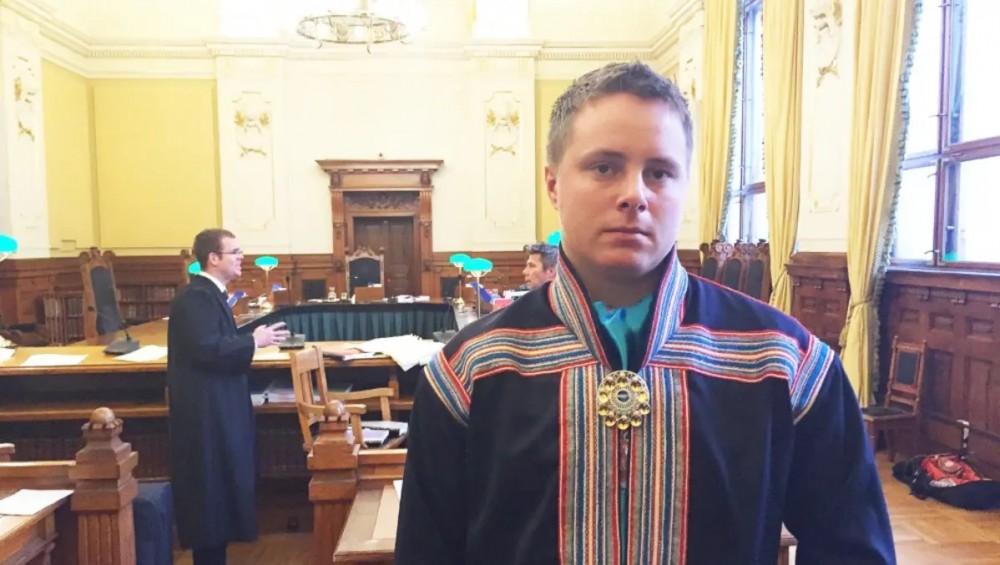 Jovsset Ánte Sara from Norway has to slaughter all but 75 reindeer of his 350-head herd. In practice, this means that, after culling, the reindeer herder has to get by with an annual income of 3,310 euros.

The 26-year-old reindeer herder Jovsset Ánte Sara from Kautokeino, Norway, has fought for his right to practice reindeer herding for years.

In 2012, the State of Norway announced that there were too many reindeer in relation to the environmental capacity of the pastures in the province of Finnmark. The administration of reindeer husbandry demanded that reindeer herders must considerably limit their herd sizes. For Jovsset Ánte Sara, it meant paring his 150 reindeer to 75.

According to the Norwegian broadcasting company NRK, the annual income from 75 reindeer is approximately 32,120 Norwegian crowns (3,310 euros). In 2017, Norwegians earned an average of 44,310 crowns a month.

Sara did not accept the decision of the administration of reindeer husbandry. He realized that it would be impossible to make ends meet with 75 reindeer, and sued the State after several appeals in 2015. Both the District Court and the Court of Appeal in Inner Finnmark found that the decision that obligates Jovsset Ánte Sara to limit the size of his herd is a human rights violation. But the State did not accept these decisions, and the case was taken to the Supreme Court.

The Supreme Court of Norway passed its judgement in December 2017: Sara had to pare his now 350 reindeer to 75. Sara’s last hope was to appeal to the UN Human Rights Commission.

The Norwegian Ministry of Agriculture and Food announced at the end of November that the court decision must be implemented before New Year. On Tuesday, 11 December 2018, the Norwegian Parliament decided not to wait for the decision of the UN Human Rights Commission. The motion was passed by 53 votes to 50.

The decision means that Jovsset Ánte Sara must slaughter most of his reindeer, though the case remains to be decided by the UN.

«It’s really awful. It’s strange that the State makes decisions before the case has been dealt with. I wonder why they don’t respect human rights,» Jovsset Ánte Sara said to NRK after the announcement of the Ministry of Agriculture and Food.

The Norwegian agricultural authorities find it fair that Sara slaughters his reindeer just as the other herders have done pursuant to the decision on reindeer quotas.

«Sara’s case has been dealt with in all the Norwegian court instances, so naturally we will proceed with the measures,» says Liv Berit Hætta, the Agricultural Director of Norway, for the newspaper Aftenposten.

Anne Nuorgam, a Sámi politician and jurist, says that the UN Human Rights Commission has, in principle, the authority to interfere. If it wants, the Commission can ask the State of Norway to stop the implementation of its decision on forced slaughtering, as Sara has made a complaint about the decision to the Commission.

The year is about to end, so it is not sure whether the Commission wants to interfere or whether there is enough time to do so. The Nordic countries are committed to complying with the recommendations of the Human Rights Commission.

Jovsset Ánte Sara’s sister, artist Máret Ánne Sara has worked hard to raise awareness of the issue. For example, she has created a work of art called Pile o’ Sápmi, which takes a stand on the rights of young reindeer herders.

The case has got a great deal of attention in the Sámi community, and many people have supported Sara in his battle. On Tuesday, 11 December, Máret Ánne Sara delivered a petition of approximately 5000 signatures to Stortinget, the Parliament of Norway. The petition demands that the State of Norway end the forced slaughtering of reindeer.

The Norwegian Sámi Parliament has also submitted a statement to the Parliament of Norway demanding that Norwegian authorities should not force Sara to cull his herd before the United Nations has made its decision.

Furthermore, the reindeer slaughterhouse Min Boazu has announced that they will not slaughter Sara’s reindeer before UN’s decision.

Could the same thing happen in Finland?

The biggest permitted total number of reindeer in the Finnish reindeer-herding area is slightly over 200,000 at the moment. New quotas are confirmed at the latest in 2020. The Finnish law on reindeer herding requires that reindeer quotas for the herding cooperatives be set every ten years.

When defining the quotas, the Ministry of Agriculture and Forestry must take into consideration the environmental capacity of the winter pastures. The reindeer quotas are set separately for each herding cooperative.

Anne Ollila, the Executive Director of the Reindeer Herders’ Association, says that, in theory, there might be need for forced slaughtering in Finland, if the quotas for the herding cooperatives were dramatically reduced.

«If the quotas are reduced in herding cooperatives where the numbers of reindeer are already as high as permitted, we may in practice have to resort to forced slaughtering. But I feel that the regulation of herds is on a more stable level here in Finland, and both ecological factors and cultural, social and economic factors are taken into consideration in it,» Ollila explains.