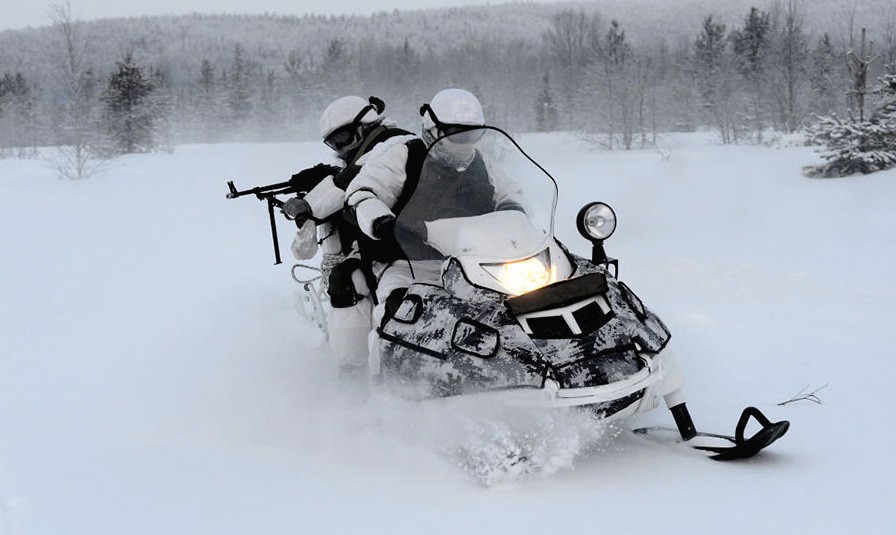 The A1 snowmobile. Photo: Mil.ru

With new vehicles, Russia’s Arctic soldiers speed up across winter landscapes.
By

The Arctic Brigade is filling up with new winter vehicles, among them snowmobiles and amphibious carriers, the Russian armed forces’ press service informs.

Among the new snow-going transporters is the powerful «Vityaz» (DT—10MP) track carrier, a 27 ton heavy and 800 horsepower strong caterpillar which can operate on land as well as in shallow waters. According to Murman.ru, the Brigade got a total of 30 of the vehicles last year. The «Vityaz» can carry 10 tons of goods, manufacturer company Vityaz informs.

The Brigade has also got a series of the lighter «Ruslan» (TTM-4902PS-10) vehicles, the 300 horsepower carrier which is capable of transporting up to 22 people and provide overnight bed space for five. The Ruslan has this winter been under testing in the Northern Fleet, the Army press service informs.

Also regular snowmobiles have been on the acquisition list of the Arctic Brigade. Last year, about 30 snowmobiles of the model A1 were obtained and several more arrived to the northern bases in 2016, mil.ru reports.