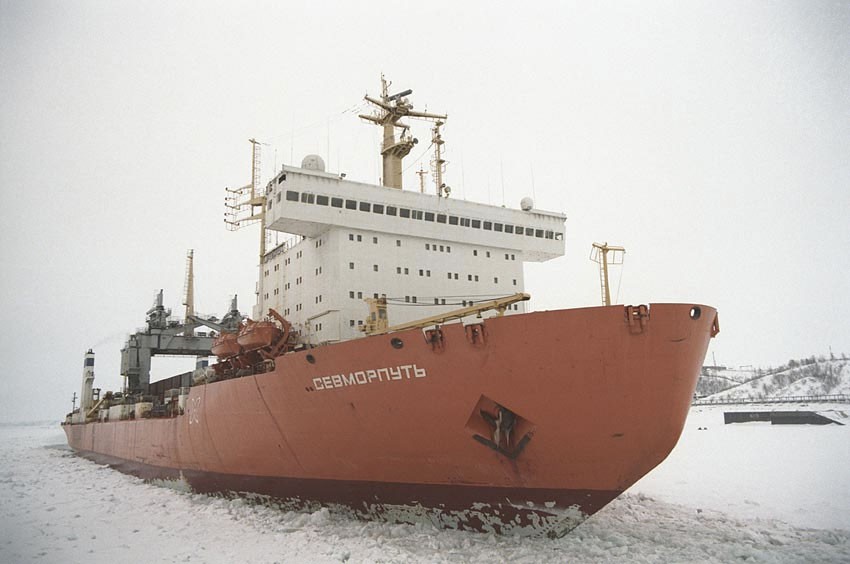 The world’s only nuclear-powered container ship, the "Sevmorput", will this year conduct a two-way transit voyage across the Northern Sea Route.
By

The Murmansk Commercial Sea Port confirms that the ship is undergoing preparations for duty in Arctic waters. After having lain idle for more than a decade, the world’s one and only nuclear-powered container ship, the ”Sevmorput”, will soon be back in business on the Northern Sea Route.

According to DP Media, the ship will in the course of the year conduct a test two-way transit voyage between Murmansk and Petropavlovsk-Kamchatka.

The voyage will prove the vessel’s level of efficiency in container shipping between the two cities, the news report reads. Rosatomflot, the Russian state nuclear power company, is reportedly planning the trip in the period October-November.

As previously reported, the vessel in December 2015 conducted a one-day test sailing in the Barents Sea.

When the upgrade is completed,  the ”Sevmorput” could get a key role in the transportation of troops and military personnel to Russia’s new and upgraded Arctic bases. The ship will also be used for transportation of goods to the new Pavlovsk lead and zink mine in Novaya Zemlya, as well as for assignments for the Russian Arctic oil industry.

Regional authorities in Murmansk apparently see the ship as key component in a strategy of boosting container shipping on the Northern Sea Route.

The 260 meter long and 61.000 ton deadweight ship was saved last minute when Rosatom leader Sergey Kirienko in 2013 announced that the vessel is to be renovated and out back in duty.

Before 2013, the ship had been docked for years at the Atomflot base in Murmansk without assignments. Rosatom was preparing to turn the ship into scrap metal.

The “Sevmorput”, which also has powerful icebreaking capacities, for several years shipped in both international and Russian domestic waters. However, shipping along the Russian Northern Sea Route declined dramatically in the 1990s and the ship was soon blocked access to most international ports.