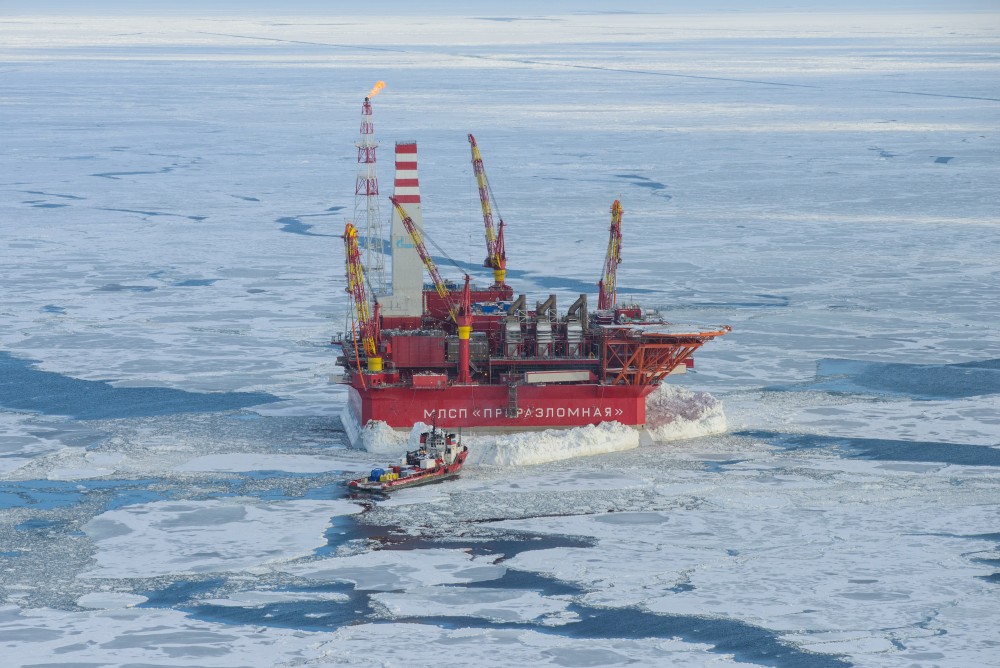 The Prirazlomnaya is Russia's only oil production platform in Arctic waters. Photo: Gazprom-Neft.ru

The company is cutting the project target production level from 5,5 million to 4,8 million, 1prime.ru reports with reference to company sources. Furthermore, the target level will be reached one year later than original schedules, in 2022, the sources say.

As previously reported, Gazprom Neft in 2015 produced about 800,000 tons of oil from the offshore installation. The total amount shipped from the field since start of production in December 2013 is 1.1 million tons.

Field reserves are estimated to about 72 million tons.