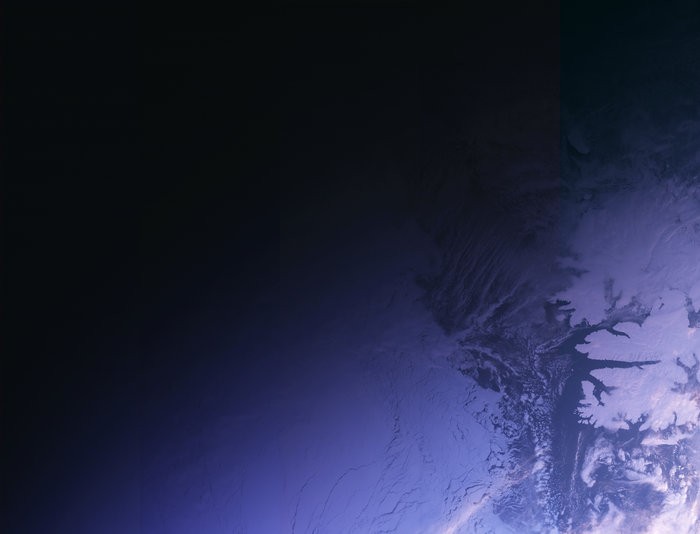 The first image from the Copernicus Sentinel-3A satellite shows the transition from day to night over Svalbard. Photo: esa.int

An European Space Agency earth observation satellite launched from Plesetsk Cosmodrome in Arkhangelsk a few weeks ago is already sending important information back to earth.
By

The European Space Agency’s (ESA) Sentinel-3A satellite was launched from Plesetsk on February 16, as part of the Copernicus earth observation program. Just a few weeks later, it is already surprising scientists with the photo and data it is sending back.

The three instruments on the Sentinel-3A satellite are now offering a glimpse of what’s in store for Europe’s Copernicus environmental monitoring effort.

Sentinel-3A’s very first image (shown above) was captured on 29 February 2016 and shows the transition from day to night over Svalbard, in the Arctic Sea near Norway. As well as showing the snow-covered archipelago, the image also details Arctic sea ice and some cloud features. The image was captured by the satellite’s ocean and land colour instrument, which will allow ocean ecosystems to be monitored. It will also support vegetation, crop conditions and inland water monitoring as well as provide estimates of atmospheric aerosol and clouds – all of which bring significant benefits to society through more informed decision-making.

The satellite altimeter provides 100% coverage over all of Earth’s surfaces in synthetic aperture radar mode, and is able to capture valuable observations for monitoring sea level rise, significant wave height and surface-wind speeds over the world’s oceans.

Sea-surface height data from the satellite’s altimeter will improve our capability to analyze and forecast ocean currents. This is essential for marine safety, ship routing and predicting the fate of marine pollution events.

The third instrument on Sentinel-3A is a sensor that records Earth’s radiant energy. In addition to providing the temperature of the land and sea surface, dedicated channels will search for fires. This will help to map carbon emissions from burnt biomass and to assess damage and estimate recovery of burned areas, the ESA’s website reads.

50 years of space launches from Plesetsk
The launch of ESA’s Sentinel-3A satellite happened to coincide with the 50th anniversary of spacecraft launches from the Plesetsk Cosmodrome in Arkhangelsk Oblast.

The first spacecraft to be launched from Plesetsk was the Kosmos-112 reconnaissance satellite, launched by a Vostok-2 rocket on March 17, 1966.

Since then, more than 2000 spacecraft of different types have been launched from Plesetsk, the Ministry of Defense’s website reads. The spaceport has also been used for launching of nearly 500 intercontinental missiles and testing of 13 different missile systems.