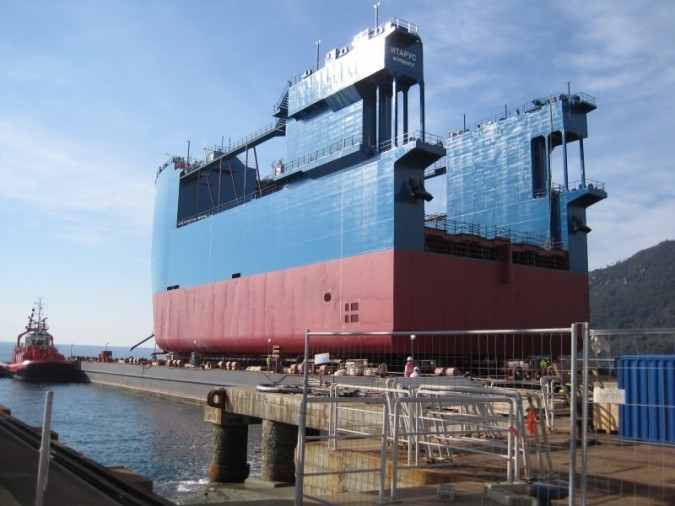 "Itarus" will be capable of carrying loads of 3500 tons. Photo: RosRAO

The Italian built barge can be a key-tool in lifting sunken nuclear reactors from Arctic waters.
By

Built in Italy and financed through the G8 Global Partnership Against the Spread of Weapons and Materials of Mass Destruction, the barge “Itarus” will soon transport nuclear waste in Arctic Russia.

In August 2003, a decommissioned November-class submarine sank under tow from Gremikha towards naval yard Shkval in Polyarny. The submarine, including the onboard two nuclear reactors, is still on the seabed of the Barents Sea posing a potential environmental hazard to the marine life.

Onboard “Itarus”, scrappy reactor compartments will avoid accidental sinking while being transported from naval yards to the storage site on the coast of the Kola Peninsula.

In addition, the barge can later be engaged in cleaning up the seabed of the Kara Sea, where the Soviet navy dumped several reactors and even an entire submarine.

Head of the Rosatom’s project office for decommissioning of nuclear submarines, Anatoly Zaharchev, explains the task: “It is possible that in the near future will be decided by the task of cleaning the Arctic for sunken objects, including submarines and other nuclear objects.”

The barge will be towed from the yard in Italy to Murmansk later this spring.