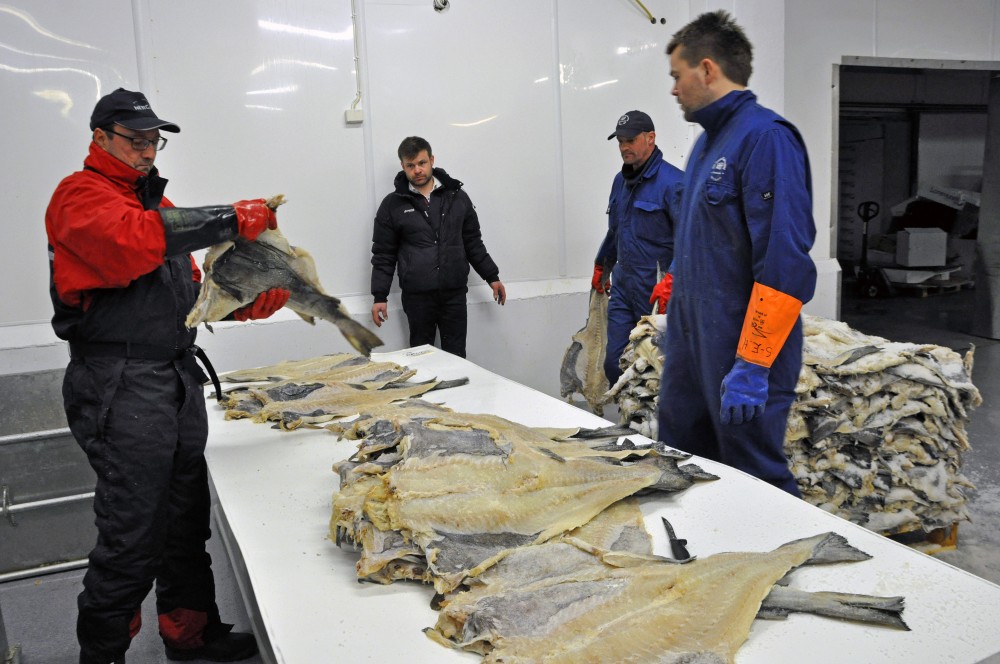 As Canada prepares to host the next round of discussions on preventing unregulated fishing in the central Arctic Ocean, experts are urging circumpolar nations and major fishing nations to make sure that “fisheries don’t come before science.”
By

“We don’t want fishing to start in an area about which we know not nearly enough to set responsible and sustainable fishing quotas,” said Henry Huntington, senior officer at Protecting Life in the Arctic project of The Pew Charitable Trusts.

Delegations from Canada, China, Denmark (representing the Faroes and Greenland), the European Union, Japan, and South Korea, Norway, the Russian Federation and the United States participated in the first round of international negotiations on measures to prevent unregulated fisheries in the Arctic high seas that took place in Washington D.C. last week.

And for two days in late March, Arctic experts from South Korea, China, Japan, Russia, Canada, and the United States gathered at the Korean Polar Research Institute (KOPRI) in the Songdo International Business District in Incheon, South Korea, for a roundtable discussion, said Huntington speaking from Eagle River, a suburb of Anchorage, Alaska.

The meeting in Korea served a two-fold purpose: first, to better engage Asian countries who are active and interested in Arctic affairs in the discussions about the Arctic fishing agreement, and then to engage them in discussions on how to do the science needed to support responsible fisheries management, he said.

“The Asian countries of course are very active in Arctic research,” Huntington said. “Korea, Japan, China: all have icebreakers, all make regular cruises, all participate in a number of international arrangements about coordination and cooperation in science, and the hope is to engage their interest and expertise in the fisheries issue specifically.”

The meeting at KOPRI was attended by several Korean researchers, as well as scientists from Japan, China, Canada, scientists and representatives of a major fisherman’s association in Russia, and a few American researchers.

At the moment there is no fishing in the Central Arctic Ocean and very little in the marginal seas of the Arctic, Huntington said.

“The two huge fisheries that exist are in the Barents Sea, north of Norway but south of Svalbard, and in the Bering Sea, south of the Bering Strait and north of the Aleutian Islands, in Russia and the U.S.,” Huntington said. “There is a fair bit of fishing going on in Baffin Bay on both the Greenland and Canadian sides, but really very little other than traditional, local subsistence hunting going on in the Arctic basin proper.”

Researchers know next to nothing about fish stocks in the Central Arctic Ocean, Huntington said.

“I have a question that I haven’t gotten an answer to, but I wonder if anyone has ever caught a fish in those international waters more than 200 miles off shore,” he said.

This lack of scientific knowledge became a topic of discussion in Korea. Scientists have dubbed the problem “the missing middle,” Huntington said.

“The idea was that we’re missing both the geographical middle – beyond anybody’s EEZ (Exclusive Economic Zone) and largely off the continental shelves – and also that we’re missing the ecological middle, which are the fish that connect the plankton at the bottom of the food web and the marine mammals and sea birds that are at the top,” Huntington said.

A lot of studies look at different aspects of primary productivity or plankton distribution in the ocean, many icebreaker cruises keep logs of polar bear or beluga whales  sightings, but very little has been done on fish, he said.

The problem in the central Arctic Ocean, an area roughly the size of the Mediterranean Sea, is also compounded by the fact that these areas are not subject to any fisheries provisions or management agreements, Huntington said.

“Some countries such as Norway have a part of domestic law that says that no Norwegian vessels can fish in areas of the high seas for which no management scheme exists,” Huntington said. “But Norway is more the exception than the rule in that regard.”

The return of Arctic Five

Last year, the five Arctic coastal countries – Canada, U.S., Russia, Norway, and Greenland/Denmark  – signed a moratorium on fishing in the central Arctic Ocean until there was sufficient science and appropriate management in place.

The next meeting is expected to take place in Iqaluit, Nunavut, from July 6 to 8, 2016.