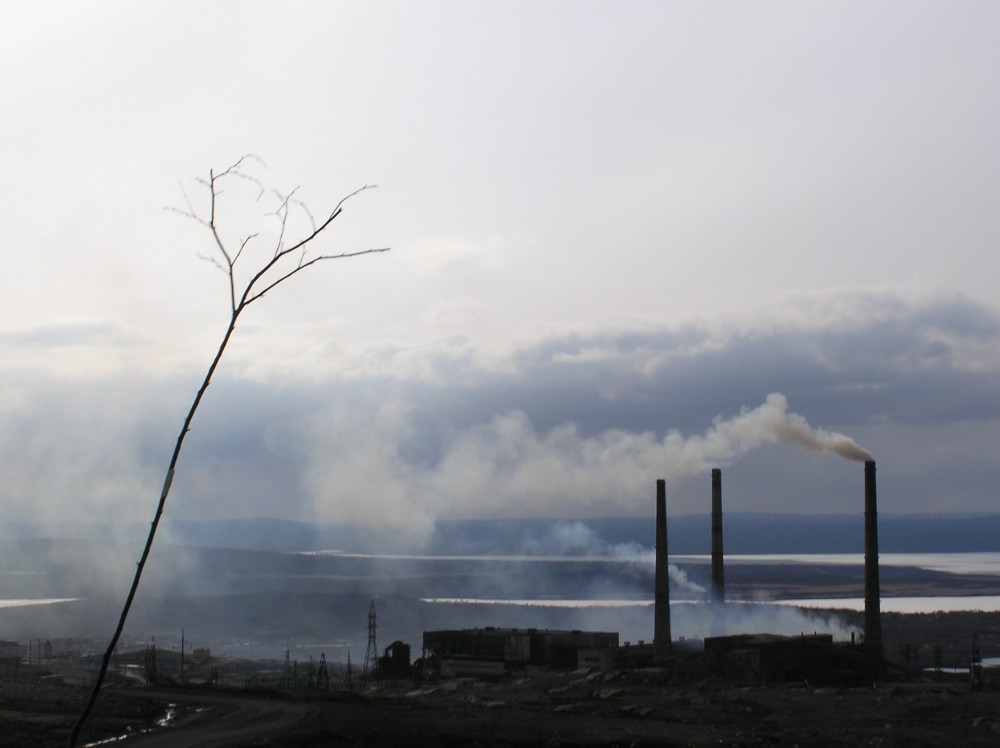 The industrial plant in Nikel, the Russian border town, is centerpiece in a dispute between federal authorities and regional nickel miners.
By

The Federal Environmental Control Service is discontent with the way Norilsk Nickel and its regional subsidiary Kola GMK manages the plant in Nikel, the border town in Murmansk Oblast.

In a letter sent early April this year (obtained by the Barents Observer), the federal body says it will not renew the emission license for the plant. The reason is that the company has failed to meet its environmental obligations in the area, leader of the regional service Yevgeny Mengalev says.

According to Mengalev, the request for further emissions sent by Kola GMK in mid-March this year «includes invalid information and perverted data».

Kola GMK has failed to meet its emission targets for several parts of the industrial activities. Previously approved company plans include the closure of a number of emission sources at the plant. That has not happened, the letter from the Environmental Control Service says. Consequently, the company will not get the emission license renewed.

The Federal Environmental Control Service is Russia’s top environmental watchdog and every week conducts a big number of inspections all over the country.

Regional service leader Mengalev in mid-February paid a visit to the Kola GMK’s plant in Zapolyarny. He then got introduced to the ongoing comprehensive reconstruction process of the plant, planned to reduce sulphur dioxide emissions to air from current 34,3 thousand tons to 1,6 thousand tons per year, a press release from the authority reads. The reconstruction includes the introduction of new pellets concentrate technology.

In a comment from Bellona, the environmental foundation, General Director Nils Bøhmer says the situation in Nikel raises concern.

«It is serious that the plant now operates without the needed emission permits. It is illegal and we expect Russian prosecutors to follow up on the case», Bøhmer underlines to the Barents Observer.

The nickel plants in the Pechenga area have for decades been the by far biggest pollution source in the Russian-Norwegian-Finnish borderlands and a returning issue in cross-border environmental cooperation.

Data from the Murmansk Hydrometeorological Monitoring Authority show that the nickel plants in Nikel and the neighboring town of Zapolyarny on regular basis emit far more than an allowed for. Annual sulphur dioxide emissions from the plants exceed 100,000 tons.