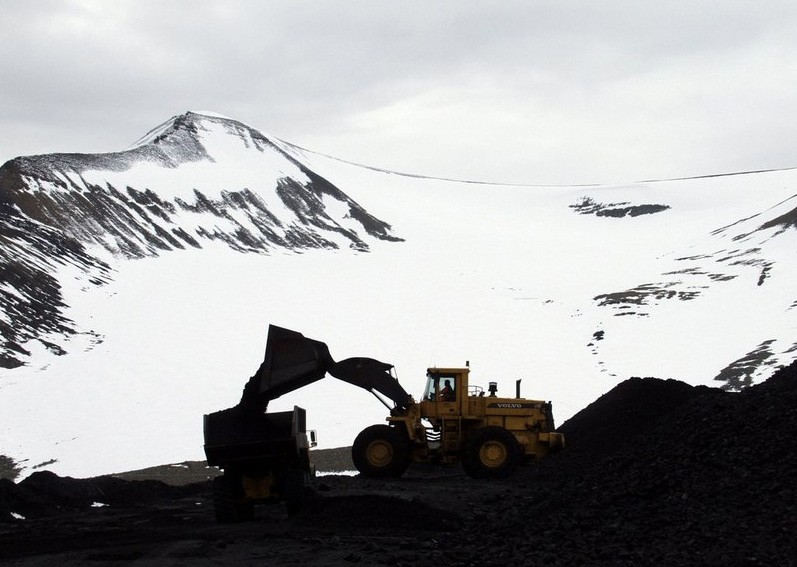 Coal mining is no longer a priority on Svalbard. Photo: Thomas Nilsen

Seven years after its last policy document on Svalbard, the Norwegian government today presented a new white paper on the far northern archipelago. State Secretary Gudmund Hagesæter was on site in Longyearbyen, the local administrative center, to introduce the new government priorities. In Oslo, the document was presented by Minister of Justice Anders Anundsen.

«We will develop the local Longyearbyen society by investing in existing industries like tourism, research and higher education», Anundsen says in a press release. «In addition, we will prepare the ground for the development of more diverse business activities within the frames of the Svalbard policy», he underlines.

Meanwhile, mining is clearly in the back row.

The government document reads that the management of mining company SNSK will be «continually assessed in the light of price developments and market perspectives for coal».

«It will be facilitated for a three-year production moratorium in Svea and Lunckefjell from 2017, and there is significant uncertainty connected with a restart of the mining», the document adds.

As previously reported, the Norwegian government in December in 2015 announced a NOK 110 million (€11,6 million) support package for SNSK. With the cash, the coal miner was to prepare for pausing of its operations in Svea and Lunckefjell. Mining was to continue only in the mine No. 7 in Longyearbyen.

Coal mining has been a key industry at Svalbard ever since Norway won sovereignty over the archipelago in 1925. The state-owned SNSK has been of great geopolitical importance for Norway as a means for maintaining business and settlement on the archipelago.

Now, other priorities are on the agenda. Among them is shipping. The white paper states that new port infrastructure is to be developed and that a feasibility study from the Norwegian Coastal Administration is in the pipeline.