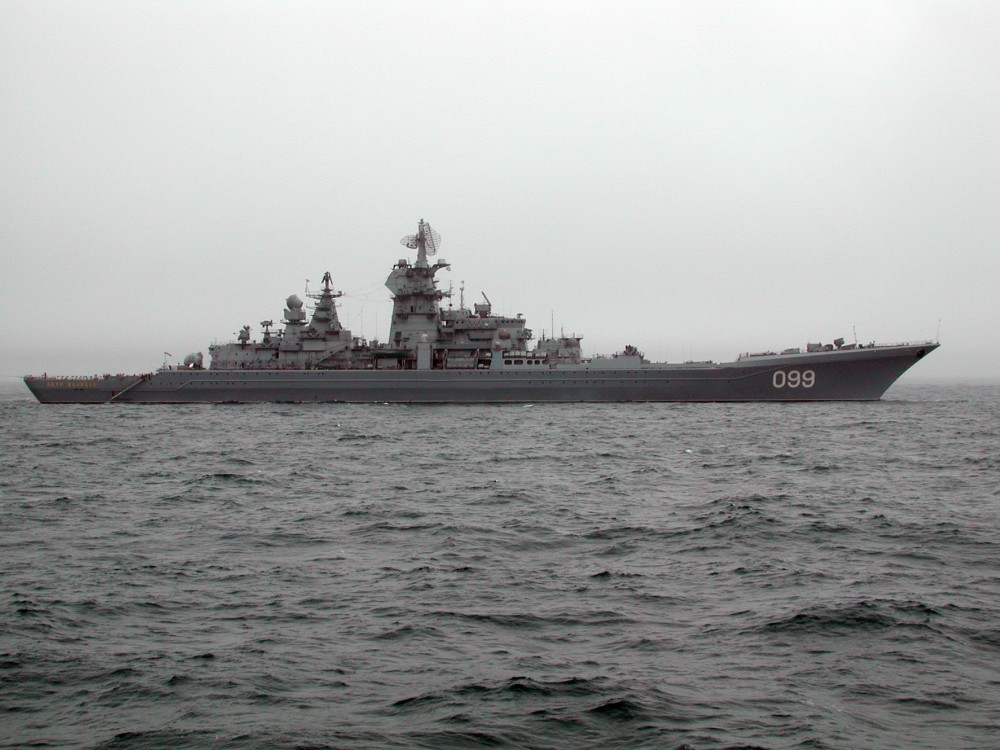 The world’s largest nuclear battle cruiser and flagship of the Northern Fleet “Pyotr Veliky” has gone to sea for the first time in two years.
By

The vessel has been for reparations in a dry dock outside Murmansk since October 2015.

“This is the first sea practice of the missile cruiser after the vessel’s technical readiness has been restored. The crew has practiced the entire range of basic training missions, checked the preparedness of weapons and the ship’s technical capabilities for operations at sea,» the Ministry of Defense’s website reads.

For the last few days, «Pyotr Veliky» has taken part in drills in the Barents Sea. The drills included reloading of fuel from the tanker “Sergey Osipov”, and escort of coastal-type and ocean mine sweepers.

The drills will continue in the coming days, with test of the ship’s survivability on the move and at anchor, drills on receiving helicopters, and also exercises on anti-submarine warfare and air defense.

In 2013-2014 the ship conducted a nine months long mission to the Mediterranean, which included safeguarding the Sochi Winter Olympics and participated in ensuring security for transportation of Syrian chemical weapons.

“Pyotr Veliky” is the world’s largest nuclear-powered warship that is not an aircraft carrier. It is armed with Granit anti-ship missiles and Fort air defense missile system, which is the naval version of the S-300 antiaircraft missile complex.

A source in the Russian shipbuilding industry earlier told TASS that «Pyotr Veliky» should undergo modernization in 2019-2022 to receive new armaments, including Tsirkon hypersonic missiles.