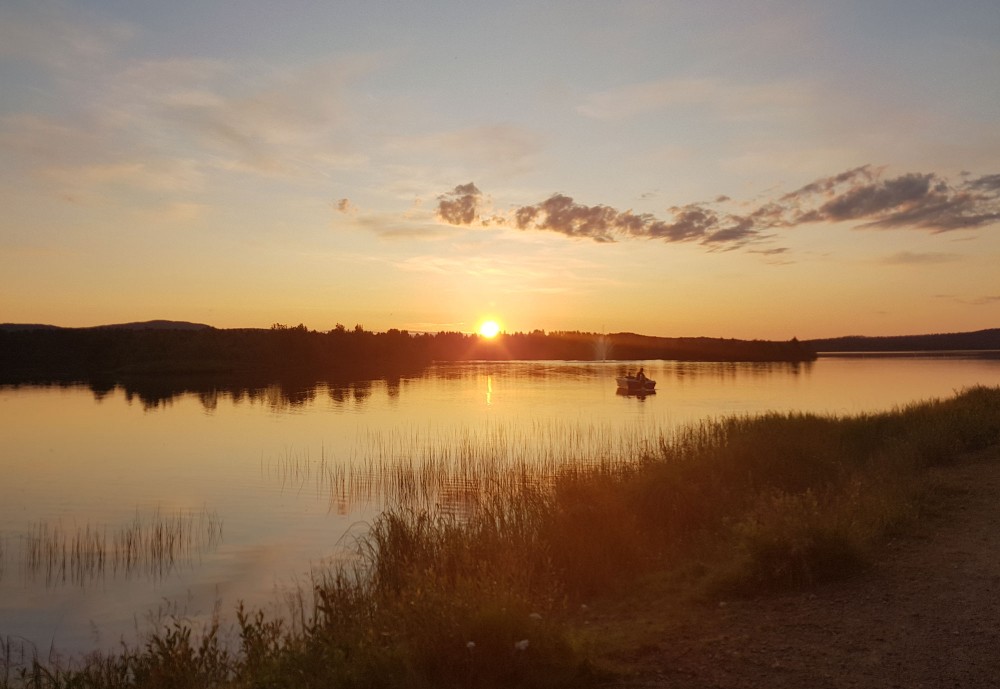 After foreign travel has been in halt for more than a year and a half, business owners across Lapland are expecting an upsurge of travellers once restrictions are eased. Having invested heavily in the tourism industry in recent years, next winter will be the deciding point for the future of many local businesses.
By

To put the situation in context, Inari municipality has been experiencing a tourism boom for the last decade. Since 2010, the amount of people flying to the Ivalo airport has nearly doubled, and in 2019 more than 230 000 people flew to the airport. This is a big amount for a municipality that is the largest in Finland in size, but only has 6 900 permanent inhabitants.

After the pandemic hit, the amount of people flying to the Ivalo airport had dropped by 52% in 2020 compared to 2019, keeping in mind that some travel was still happening at the beginning of 2020.

When the world came to a halt last year, in many ways it felt like a flashback from 20 years ago, when winter tourism had not yet peaked. The village roads, which would normally be buzzing with visitors from all around the globe, were completely empty. The souvenir shops were closed and hotels remained empty - even the normally distant Finns were avoiding each other even further. All of the newly developed businesses remained shut.

One of the business owners who have felt the effects is Mari Lappalainen, owner of Nellim Wilderness Hotels and Safaris. Lappalainen and her husband have four hotels around the Inari municipality area, and had just recently finished building a big complex in Inari village - just in time for the pandemic. Lappalainen confirms that the past year has been a big blow to their business as well. «Large part of our guests, especially in the winter, come from abroad and now we have had none,» Lappalainen says. «We have had some Finnish guests, which is nice, but this has had a big impact on our sales,» she continues.

Lappalainen states that the whole tourism industry in Lapland has been kept in a state of uncertainty and the constantly changing restrictions and lack of government support has left many business owners baffled. «I would have expected the government to stick to their decisions. Instead, the announcements from the government have been very weak and we have been left to wonder what is going on,» Lappalainen says.

The municipal manager of Inari, Toni K Laine, echoes Lappalainen’s thoughts. He agrees that the travel rules have been unclear, even for Finnish people themselves, let alone for potential foreign travellers. «I am hoping that the government will draft a clear model for arriving into the country - by the autumn the rules would be clear for everyone,» Laine explains his hopes for the next winter season, which is just around the corner.

The summer brought a little bit of relief to the situation — domestic travellers who would normally holiday around the world seemed to have made their way to Lapland. Many people who had never been so up North, saw this as their chance to finally explore their home country a little bit further. Many establishments have seen their busiest summer in a long time - but the relief was only small when compared to the losses of the last year. «We cannot fill our places with Finnish people alone. We have so much capacity here, the services here have been built with the mindset that we will have foreign tourists,» Lappalainen explains. In addition, the Finnish internal restrictions have been changing throughout the year and leaves business owners in a tricky situation where they are completely unable to plan their future.

While domestic tourism has brought some much needed relief to the area, it is not enough to hold the tourism economy alone. Accommodation services such as cottage rentals have been popular among domestic travellers, they are less likely to use services such as guided tours or husky rides, for example. But Lappalainen sees Finnish tourists as a welcome addition to summer and winter travellers: ‘Finnish tourists are quite loyal in a way that they will usually come back to the same place year after year,’ she says.

Despite the hard times, Lappalainen has faith in the future «Now that restrictions are being lifted and vaccinations are happening, I have strong faith that people will start moving again all around the world,» she says. «I believe there will be a big tourism boom,» she continues. Lappalainen believes that people will be anxious to travel after restrictions are eased and that Finland will be seen as a safe travel destination.

According to municipal manager Laine, next winter will be pivotal for the Lappish tourism industry. If international travel is not allowed for the next season, which is just a few months ahead, local businesses will be affected even further. According to Laine, the businesses in Inari have been surviving relatively well so far. But if winter travel does not go ahead, bankruptcies will be inevitable for some. This, of course, will have a direct impact on employment in the area.

«So much work has been done to build Lapland’s brand and its success in tourism, and it cannot be sustained by only domestic travellers,» Laine explains.

Worst case scenarios aside, both Laine and Lappalainen are expecting an upsurge of travellers after restrictions are eased. As the municipal manager, Laine is in close contact with business owners of the area and confirms that there has already been plenty of interest for the next winter season. If the pandemic situation keeps improving and Finland will welcome foreign tourists for the next winter, it is possible that the businesses in the area will survive with a relatively small amount of damage from the pandemic. However, if the country remains closed for the next season, the Lappish tourism landscape might change drastically.